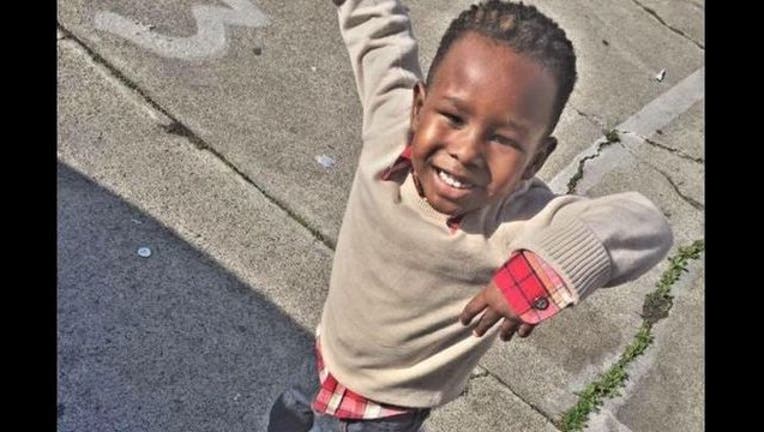 OAKLAND, Calif. - A 4-year-old boy who died from injuries he suffered in a two-car collision in East Oakland on Friday afternoon has been identified by the Alameda County coroner's bureau as Cartier Beasley of Oakland.

The collision occurred near the intersection of 106th Avenue and Foothill Boulevard shortly after 1 p.m. Friday, police said.

Responding officers found Beasley, who was a passenger in one of the involved vehicles, suffering from serious injuries, according to police.

Beasley was transported to a hospital, where he later was pronounced dead.

A GoFundMe account created to help Cartier's family had raised nearly $5,900 as of this morning and can be found at

Oakland police said the collision is still under investigation and anyone with information about it is asked to contact their traffic investigations unit at (510) 777-8570.