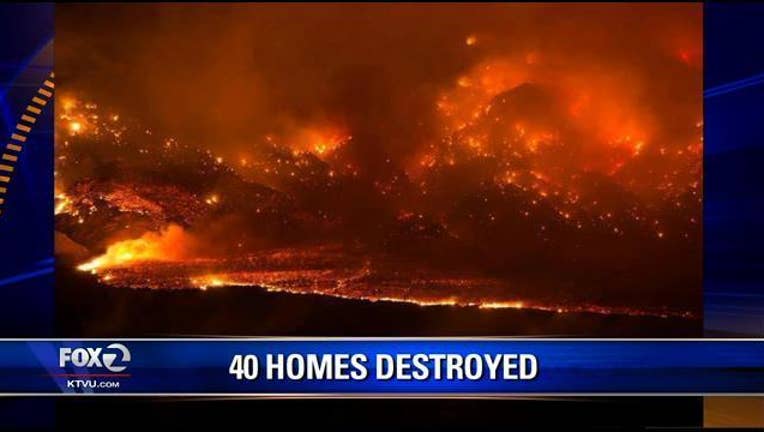 SWALL MEADOWS, Calif. (AP) -- Fire officials in California say 40 homes have been destroyed in a wind-driven wildfire that has charred more than 10 square miles of land near the Nevada state line.

Brown says flames fanned by sustained winds of up to 75 mph whipped through wooded areas near Town of Paradise and Swall Meadows on Friday night. She says 40 residences and several outbuildings were destroyed.

A firefighter was treated for smoke inhalation.

Dying winds and rain helped crews stop the growth of the fire.