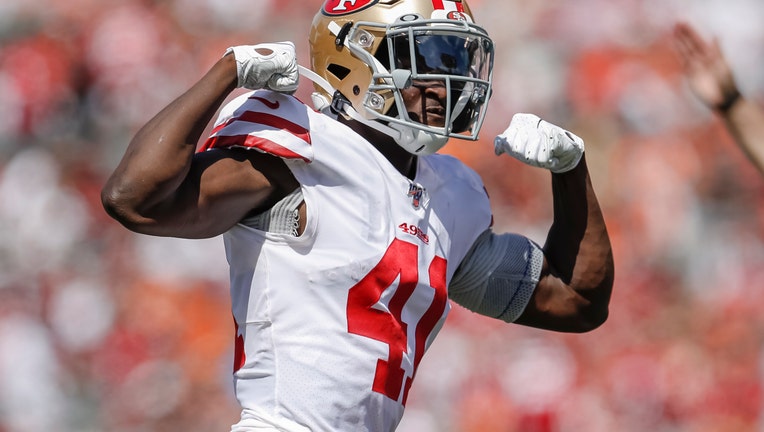 CINCINNATI, OH - SEPTEMBER 15: Emmanuel Moseley #41 of the San Francisco 49ers reacts after a defensive play during the first half against the Cincinnati Bengals at Paul Brown Stadium on September 15, 2019 in Cincinnati, Ohio. (Photo by Michael Hicke

SANTA CLARA, Calif. - The San Francisco 49ers have locked up one of their key cornerbacks before the start of free agency by agreeing to a two-year contract with Emmanuel Moseley before he became a restricted free agent.

Putting together a secondary is a high priority for the 49ers this offseason with cornerbacks Richard Sherman, Jason Verrett, K’Waun Williams all eligible to become unrestricted free agents next week, along with reserves Ahkello Witherspoon, Jamar Taylor and Dontae Johnson. Safety Jaquiski Tartt is also headed to the open market.

The only returning starter before the deal with Moseley was free safety Jimmie Ward.

Moseley originally joined the 49ers as an undrafted free agent out of Tennessee in 2018. He began that season on the practice squad before playing in one game before a shoulder injury ended his season.

Moseley became a key part of the defense in 2019 that helped San Francisco reach the Super Bowl. He started nine games in the regular season after taking over for Witherspoon and two in the playoffs. He had an interception in the NFC title game win over Green Bay.

Moseley started eight of his 12 games last season with one interception, nine passes defensed and 47 tackles.

Blair missed the 2020 season recovering from a knee injury.