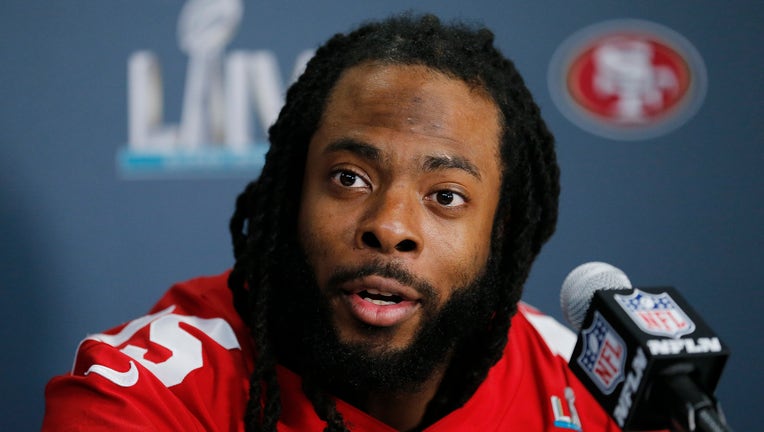 While Major League Baseball fans wonder whether the season can continue after a dozen Miami Marlins players tested positive for coronavirus, San Francisco 49ers cornerback Richard Sherman said Monday he doesn’t think that NFL would cancel the season if something similar happened.

Sherman said in an interview with Pro Football Focus that he thinks the next man would come up and replace anyone who contracted the illness.

“If half a team gets it, forfeit the game, and next game keep moving forward. That’s the way I see them finishing.”

He predicted that if a team had an outbreak they would “forfeit the game” and quarantine those people unless the teams can find replacements. He understood that the 2020 season might not be the best looking game since training camps and preseason games were cut down.

“This isn’t going to be the prettiest football,” Sherman told Pro Football Focus. “This is going to be a year you see some high interception numbers, some high injury numbers. … The league still doesn’t know how practice is going to go and we’re about to head in.”

Sherman was a critic of the NFL’s safety guidelines for the upcoming season, tweeting earlier this month: “The NFL has ignored the safety recommendations from the experts that THEY hired.  We all love this game and want to go out and compete with our brothers. The NFL needs to provide a safe work environment for us to do that.”

The league and the players' union have since agreed to testing protocols ahead of training camp.