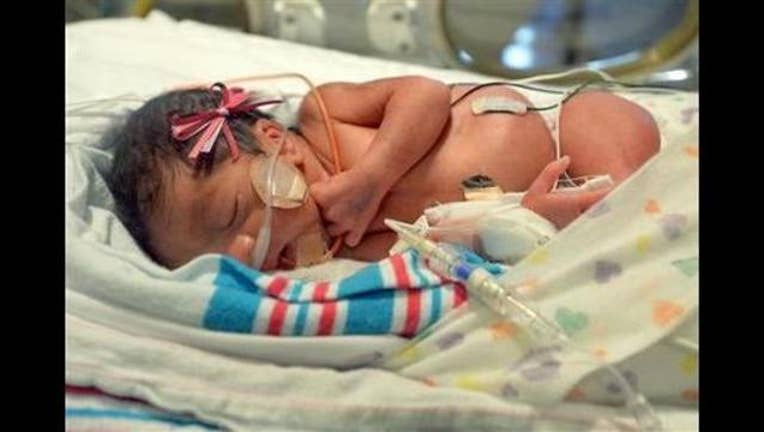 FRESNO, Calif. (AP) -- Doctors at a Central California hospital have delivered a fourth set of triplets in the last four weeks.

The Fresno Bee reports ( http://bit.ly/1NuYH2N ) Tuesday that the fourth set was born earlier this week.

The newspaper reported that hospital officials confirmed the latest births, but the family didn't give permission to release any other details.

One set of triplets was born the week of June 7, followed by another set June 18 and the third set three days later. All babies are said to be doing well.

A fifth set of triplets could arrive at any time. Doctors are monitoring Stacie Trasoras, who is carrying three girls.