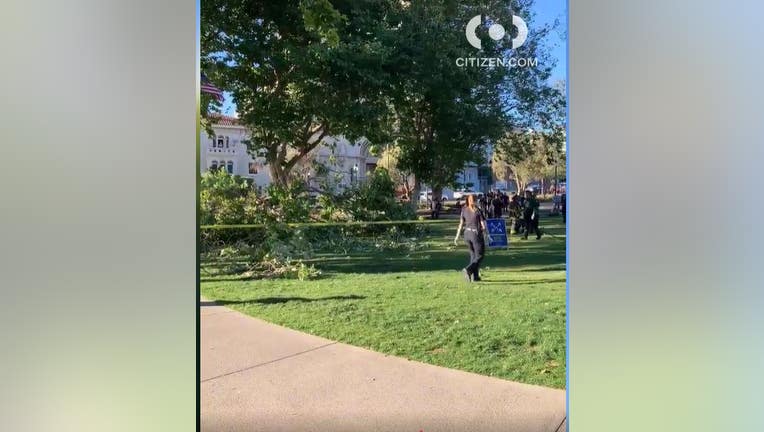 All the injuries were considered minor but a 2-year-old child was taken to the hospital as a precaution, authorities said. The Four other people were treated at the scene.

There's no immediate word on what caused the limb to fall.

Video of the aftermath was shared on the Citizen app.