The 79-page complaint was unsealed Tuesday, a day after the men were arrested, though the charges were first laid out formally on Jan. 15.

“The complaint alleges corruption pouring into San Francisco from around the world,” said David Anderson, U.S. attorney for the Northern District of California, at a news conference Tuesday.

Both men face up to 20 years in prison on the fraud charge. They were arraigned Tuesday in federal court in San Francisco. Both are free on $2 million bond and are scheduled to appear in court on Feb. 6. 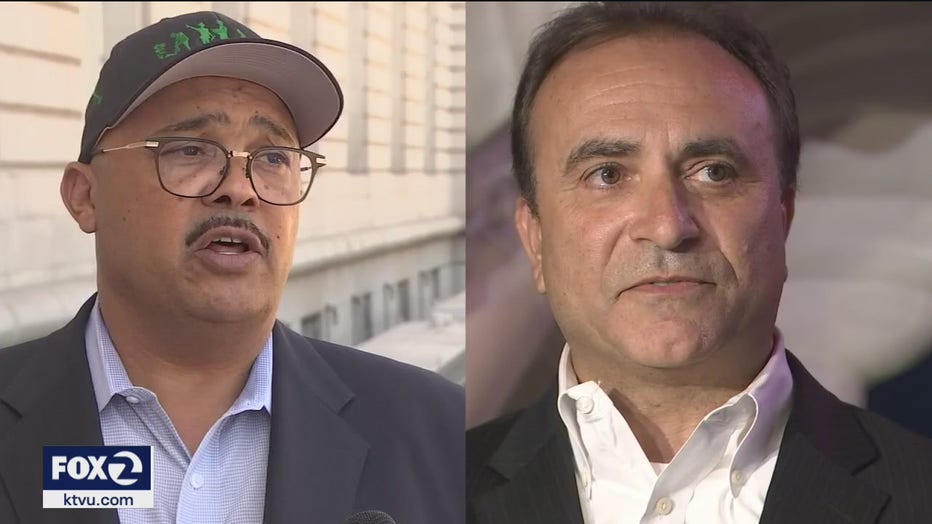 The head of SFDPW has been placed on paid administrative leave following corruption charges with the FBI. The owner of Lefty O'Douls also faces charges.

In an email, Nuru’s attorney, Ismail Ramsey, said: “Mohammed Nuru, a father of five, has been a dedicated public servant in San Francisco for decades. Mr. Nuru welcomes and looks forward to addressing these charges in court.”

Bovis’ attorney declined to comment outside the court hearing. Bovis is best known for his restaurant, Lefty O’Doul’s, and he owns other restaurants and businesses as well.

Here is a look at the five-part scheme the FBI Special Agent James Folger laid out in court documents:

Airport scheme: The FBI alleges that Nuru received free or cheap hotel stays, travel to South America and China, and other gifts in exchange for handing out approvals and contracts to those who gave him the perks in March and April 2018.  Specifically, the FBI said there is probable cause to believe Nuru and Bovis tried to win a bid for a restaurant lease at the San Francisco International Airport by initially considering bribing a member of the San Francisco Airport Commission, an agency of mayor-appointed members, with $5,000. That commissioner, one of only two women on the board, was then supposed to vote for a Bovis-owned restaurant, called Spinnerie, and get other commissioners to vote in a block, too. The commissioner said she’d get the airport director and others to try the restaurant on Polk street to “rave about it.”

Nuru also planned to donate to one of the commissioner’s nonprofit organization for her help.

Bovis allegedly ended up showing a cash-filled envelope to an undercover operative. He would stand to gain a percentage of the profit if the restaurant was approved. But the plan never happened: The commissioner said she didn’t want the money and she’d vote for the restaurant because it was the “right thing to do.” It’s possible, the FBI noted, that the players were suspicious at this point of being the targets of their undercover operation.

Mixed-use development scheme: Nuru accepted travel, lodging and “high-end liquor” in working with an unnamed billionaire developer, whom he referred to as the “fifth richest guy in China,” and who was involved in a large multimillion dollar mixed-use project in San Francisco.

The FBI documented an exchange between the two in an encrypted message on Nov. 4, 2018, shortly after Nuru received luxury accommodations in China from the developer. It read: “Thank you very much for all your generosity while we were in China. We had a great vacation and my daughter had a wonderful time. I will do my very best to see that your project gets completed. Look forward to seeing you in San Francisco when you come.”

The FBI alleges that the developer took Nuru and his daughter to hot springs and a seven-star hotel that the developer owns. “We don’t pay any hotel or anything,” Nuru told his girlfriend in a secretly recorded phone call. “They take care of us. They give us good rooms and good service.” The developer also hosted him by plying him with 51-year-old Maotai  Chinese wine, and then another bottle of French wine, worth $2,070, Nuru told his girlfriend.

State and local ethics disclosure laws require officials like Nuru to report potential conflicts of interest and list any gifts they receive, including meals and travel. The FBI notes Nuru never did this.

Transbay Transit Center: Similar to the airport scheme, Nuru abused his power as chair of the Transbay Joint Powers Authority, which is vested with the power of overseeing the contracts of who gets to lease space out at the Transbay Transit Center. The FBI alleges that Nuru used his position to secure a desirable lease for Bovis and would receive unknown benefits in return. In spring of 2018, Nuru pitched investment in the transit center to undercover FBI agents, indicating he would help them get a lease there.

Leases at the center were supposed to have been evaluated on a point system, determined by product, experience, financing and local times.

Vacation home scheme: Nuru owns a vacation home in Stonyford near the Mendocino National Forest, which was remodeled by San Francisco contractors. Bay Area contractors typically have more work than they can handle, the FBI agents noted, and it is “remarkable that Nuru has contractors from San Francisco driving three and a half hours one way to work on his vacation home.” These contractors also do work in San Francisco, including the CEO of one company who received “numerous contracts” with the city and county, including a more than $2-million contract with the Department of Public Works in 2018, the complaint states.

That contractor also appears to have received behind-the-scenes support from Nuru to resolve issues with a project to replace sidewalks on Van Ness Avenue, the complaint states. Nuru, the FBI alleges, also is accused of receiving free and discounted materials from these contractors, including a free John Deere tractor in February 2019.