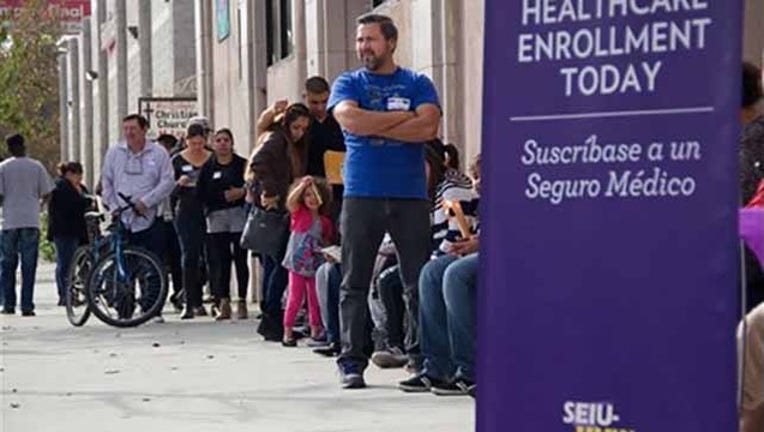 WASHINGTON (AP) — Most Americans want the Supreme Court to side with the government when it decides whether the feds can continue subsidizing insurance premiums in all 50 states under President Barack Obama's health care law, according to polls in recent months.

Few, however, have much confidence that the court can rule objectively in the case, King v. Burwell.

Five things to know about public opinion on the Supreme Court's coming decision on the health care law:

Most Americans (56 percent) would prefer that the court rule in favor of the Obama administration, allowing the government to continue subsidizing premiums in all states, according to an April Associated Press-GfK poll. On the other side, 39 percent would prefer that the court rule for the plaintiffs who brought the case, who say that the literal wording of the law limits the government to subsidizing premiums in states that have set up their own health insurance exchanges, rather than relying on the federal government exchange.

Among people who oppose the health care law generally, 58 percent want the court to limit the government to subsidizing premiums only in states with exchanges. But a significant minority of the law's opponents (39 percent) think the court should rule that the government can continue to subsidize premiums in all states.

Nearly half of Americans are not too confident or not confident at all that the Supreme Court can rule objectively in the case, according to the April AP-GfK poll. Just 1 in 10 are very or extremely confident, while another 4 in 10 are moderately confident.

Six in 10 opponents of the law, compared with 44 percent of the law's supporters, are not confident in the court's ability to rule objectively.

A CBS News-New York Times poll released Monday found that three-quarters of Americans think that the justices sometimes let their personal or political views influence their decisions rather than deciding solely based on their legal analysis.

In the April AP-GfK poll, just 13 percent of Americans said they were following news about the health care case extremely or very closely, while 60 percent said they were not following the case closely.

Likewise, a Kaiser Family Foundation poll conducted in June found that 44 percent of Americans had heard nothing at all about the case, and 28 percent had heard only a little.

That's true even though the vast majority of Americans, 78 percent, called health care a very or extremely important issue in the AP-GfK poll.

If the court rules against the government, 51 percent of Americans in the April AP-GfK poll said they would like Congress to update the law to allow the federal government to subsidize premiums in all states. The poll found 44 percent would prefer that Congress leave the law as is, letting states decide if they want to create exchanges that would allow people to receive subsidized premiums.

Three-quarters of the law's supporters, and more than one-third of opponents, think Congress should fix the gap in the law if the court stops subsidies in non-exchange states.

The Kaiser Family Foundation poll conducted in June also found most said Congress should pass a law so that people in all 50 states can be eligible for financial help. And 55 percent of Americans living in states without their own exchanges said they would want their state to create one if necessary.

In general, the April AP-GfK poll found that 27 percent of Americans support and 38 percent oppose the 2010 health care law, while 34 percent are neither in favor nor opposed.

But there is a significant partisan divide over the law, with 52 percent of Democrats supporting the law, but only 11 percent of independents and just 5 percent of Republicans saying the same.

The poll found 44 percent of Americans approved and 55 percent disapproved of the way Obama is handling health care. But more Americans trust the Democratic Party than the Republican Party on handling the issue, 34 percent to 24 percent.

The AP-GfK Poll of 1,077 adults was conducted online April 23-27, using a sample drawn from GfK's probability-based KnowledgePanel, which is designed to be representative of the U.S. population. The margin of sampling error for all respondents is plus or minus 3.4 percentage points.

Respondents were first selected randomly using phone or mail survey methods, and later interviewed online. People selected for KnowledgePanel who didn't otherwise have access to the Internet were provided access at no cost to them.