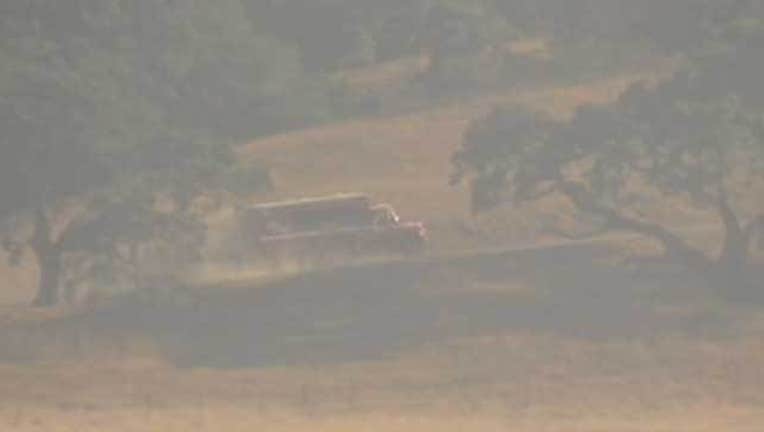 GILROY, Calif. (KTVU and wires) -- Roughly 200 firefighters are working to bring a 50-acre wildfire under control Tuesday night near Gilroy, according to a fire prevention specialist with Cal Fire.

The incident was reported at 3:22 p.m. in the vicinity of U.S. Highway 101 and state Highway 25, south of Gilroy in unincorporated Santa Clara County.

The fire is roughly 50 percent contained, according to Fire Prevention Specialist Pam Temmermand. There are no structures threatened, no structures lost, and no injuries reported.

"They're working in heavy brush in the foothills," Temmermand said. "They're going to be out there all night and into tomorrow getting it contained and mopping up."

The cause of the fire has not yet been determined and the incident remains under investigation, according to Temmermand.