SAN JOSE, Calif. - Authorities said six men have been arrested in a crime wave that stunned the Bay Area during the holidays with a series of brazen robberies.

The suspects, ranging in age from 18 to 20, were allegedly involved in smash-and-grab robberies that targeted San Jose jewelry stores and other businesses.

Charged with felonies are Michael Earl, 18, of Oakland, Andrew Manuel Maravilla, 19, of Hayward, Noah G Tekle, 19, of San Leandro, Charles Evans, 18, of San Leandro, and Maurice James Sweet, 19, of Pittsburg. A sixth suspect, 20-year-old David Foster of Newark, was arrested but has not been charged yet by prosecutors. 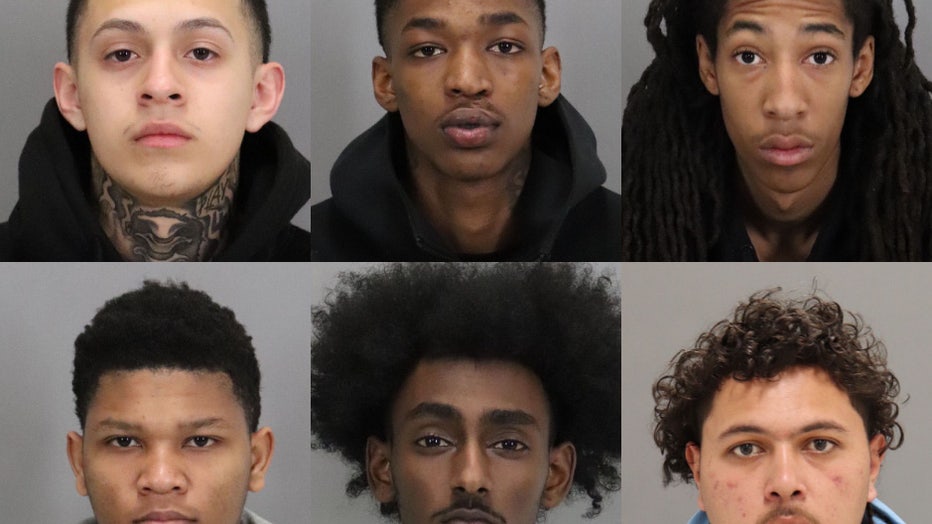 Wearing masks and armed with construction hammers, the men invaded stores en masse, officials said. The suspects used the sledgehammers to break open glass display cases and take thousands of dollars worth of jewelry, according to law enforcement.

Some suspects were allegedly armed with firearms and pepper spray. After stealing the merchandise, the suspects ran to getaway vehicles to flee. 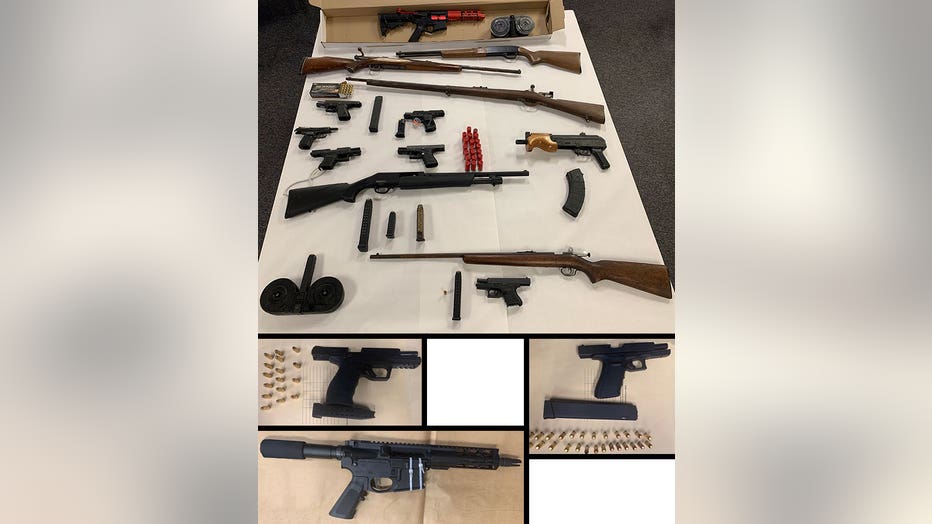 "These coordinated crimes scared people into thinking there was no law, no order," Santa Clara District Attorney Jeff Rosen said. "Make no mistake: there are both. Police and prosecutors all over the Bay Area are working together to arrest and prosecute the people responsible for these robberies."

Similar scenes of rampaging thieves unfolded at stores in downtown San Francisco, Chicago, Los Angeles and other cities during the holiday shopping season.

On Oct. 29 a group hit J & Huss Custom Jewelry in Eastridge Mall. The suspects took approximately $150,000 worth of jewelry.

On Nov. 5 they struck CH Premier Jewelers in the Valley Fair Mall. They attempted to break a display case using a black and yellow mallet. After unsuccessful attempts to break the glass, security responded and chased them away.

On Jan. 3 a larger group invaded the Joyeria Martha at La Placita Tropicana shopping center in San Jose. During the robbery, one of the suspects hit a female store employee on the head with a hammer, causing an injury. The suspects fled the store with an unknown amount of jewelry.

The investigation is still ongoing and further arrests are expected.

Earl, Maravilla, Tekle, and Evans were arraigned on April 15 with bail set at $250,000. Maurice James Sweet, 19, is being arraigned Monday in San Jose.