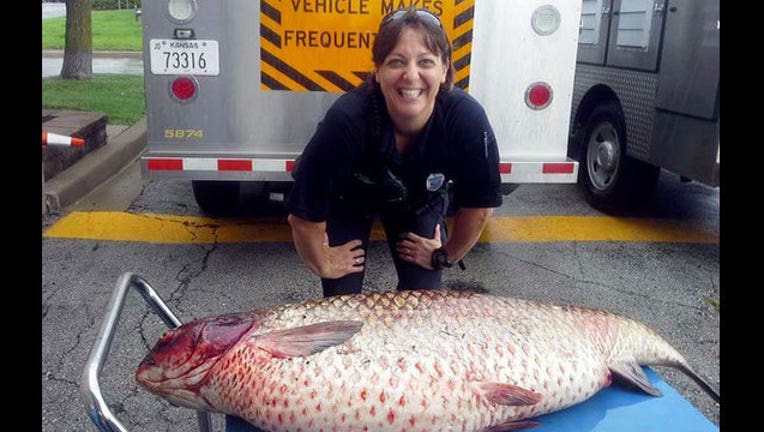 OLATHE, Kan. (AP) — A suburban Kansas City animal control officer says she was skeptical when a man called to report a 4-foot-long carp in a drainage ditch.

But Jamie Schmidt, a school resource officer with the Olathe, Kansas, Police Department, soon found herself wrapping up the 60-pound dead fish in trash bags and using a lift to get it into her truck. It was actually 3 ½ feet long.

The Kansas City Star reports the unidentified man found the carp Friday in the ditch near an elementary school. Schmidt, who is filling in as animal control officer while the regular one is on maternity leave, thinks it came from a nearby lake after heavy rains.

Schmidt says it was easier to haul the fish away dead than had it still been alive.