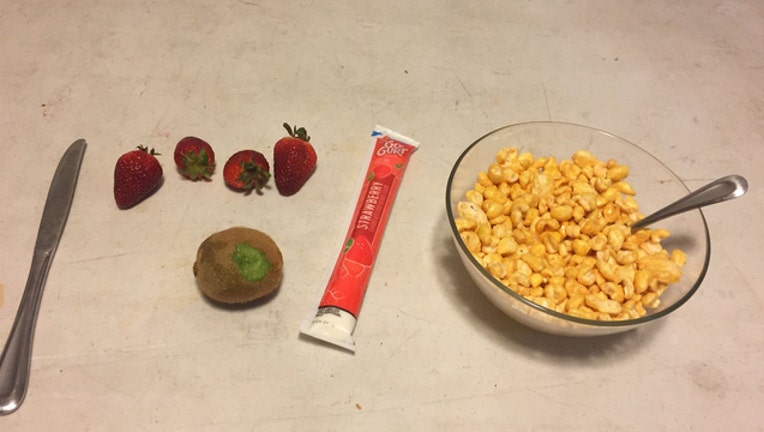 An Arizona mother shared a photo of her sweet son's attempt at making her a Mother's Day breakfast in a photo that's going viral on social media.

Reddit user "herecomesthe_sun," Samantha, posted the photo of the GoGurt, four strawberries and a kiwi, which appears to have had an attempt at removing the skin, with the caption: "My 7-year-old's first attempt at making me a Mother's Day Breakfast. He woke me up at 6:15 asking if I liked Go-Gurts."

The Arizona woman said in the comments they've just moved, so he had to find the "grown up bowls" and he tried to cut the kiwi but couldn't cut it all the way through.

"That's my favorite part. I can imagine a kid spending way too long trying to figure out how to peel a kiwi with a butter knife, then giving up and leaving the hole in the side," said one Reddit user.

"No lie. You have a better kid than a lot of other people," said another. "My kids didn't even know it was Mother's Day."

Her photo of the homemade breakfast is proof that it's the thought that counts.

"He thought everything through and had to do a lot of searching to find everything!" she said. “My son sat by me the whole time and watched me eat every last bite as well,” she added.