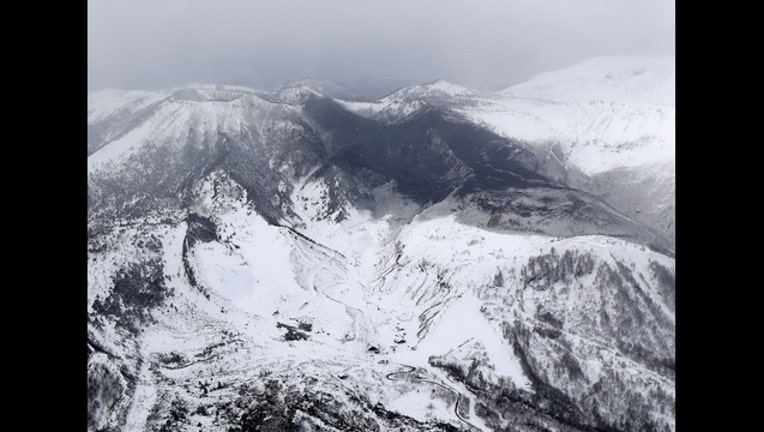 Ashes from Mount Kusatsu-Shirane cover near its summit after its eruption in Kusatsu, Gunma prefecture, central Japan. (Suo Takekuma/Kyodo News via AP)

TOKYO (AP) -- At least nine people were injured Tuesday in a volcanic eruption near a ski resort in central Japan, officials said.

Most of the injured were on the ski slopes, while some were in a gondola where glass was broken apparently by a flying rock, said Makoto Shinohara, an official in Kusatsu town. Five people had broken bones, but none of the injuries were life-threatening.

The Japanese military said six soldiers who were among about 30 on ski training were buried by a nearby avalanche, but they were all rescued.