Since 2010, 19 people have been killed by Vallejo police. All but one were shot and killed by officers. But no officers were ever criminally charged in the cases, widening a gap between the department and the community it serves.

VALLEJO, Calif. - Since 2010, 19 people have been killed by Vallejo police. All but one were shot and killed by officers. But no officers were ever criminally charged in the cases, widening a gap between the department and the community it serves.

There were six people shot and killed by Vallejo police in 2012 alone.

In all cases, Solano County prosecutors opted not to file charges against the officers.

“The troubling part, of course, is that there has been no discipline,” said John Burris, a civil rights attorney who has sued Vallejo numerous times for alleged police misconduct.

The only action taken by the department: training and tactical recommendations. Burris says that's not enough.

“Those are relatively minor and do not go to the basic issue of have you evaluated them as to the properness of the shooting itself,” Burris said.

Vallejo's department is relatively small. Officers who have fired their weapons are being investigated by their own colleagues, some of whom have also shot people themselves.

“They’ve always been given a pass. There’s been no finding that any of these shootings were below or out of policy,” Burris said. 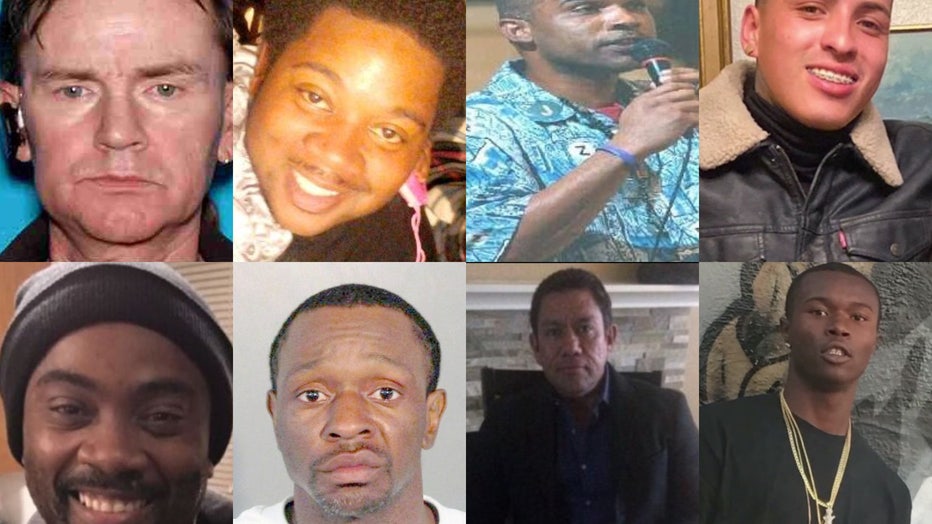 “With every use of force, you need to step back and look at them in isolation, right, because the facts matter, and each situation is unique,” Hoffmann said.

Each situation is unique. But the patterns are startling.

Officer Sean Kenney shot and killed three people in 2012. The Solano County DA declined to charge him in each case, and he continued on to become a detective. Kenney, who retired and now runs a training firm, declined to comment to KTVU. Another officer who has been involved in numerous on-duty shootings also left the department and works with Kenney's firm.

Anton Barrett Sr. was shot and killed by Kenney in May 2012 after pulling out what turned out to be a metal wallet from his waistband.

"It was objectively reasonable for Officer Kenney, or to anyone else of reasonable caution, to believe that Mr. Barrett posed a serious risk of physical harm to Officer Kenney or to others around him when he quickly withdrew that dark metal object from his sweatshirt pocket," a prosecutor wrote in his report.

"Mr. Barrett's death cannot be attributed to any unlawful conduct by the officers," the prosecutor wrote. "Rather, his demise was the result of his own conduct and poor decisions, which involved the commission of several crimes including driving under the influence of alcohol, recklessly evading the police and resisting a lawful detention by the police."

He was only criticized for tactical errors like not using the police radio to report that he was chasing Foster for a minor reason -- riding a bike without a light.

A look at the people killed by Vallejo police since 2010

“Instead of disciplining him for opening fire without having any reason, they disciplined him for some safety-related issues,” said civil rights attorney Melissa Nold, who has also sued Vallejo in police-misconduct cases. “It’s bizarre. This is the first season that we’re actually seeing them even pretend to discipline staff.”

But former interim top cop Joe Allio did recommend that Officer McMahon be fired – not for shooting Ronell Foster, but in connection with another deadly shooting just one year later.

McMahon was one of six officers who shot and killed Willie McCoy in a Taco Bell drive-thru. McCoy was asleep in a car with a gun in his lap. Allio said McMahon should be terminated for firing a shot while another officer was about to be in the line of fire.

Police Chief Shawny Williams has since tapped Allio to be his interim assistant chief. Sources say Allio - a former Fairfield police chief - serves as a buffer between the top cop and the rank and file.

Everyone else in the department, from captain on down, is represented by the powerful Vallejo police union.

Critics say cops shouldn't be investigating their own. But the police union’s attorney says they shouldn’t rush to judge officers’ actions.

“I think it’s disappointing to assume that the people we task with keeping us safe should be prosecuted for doing their job,” Hoffmann said.

He pointed to a recent study that analyzed the department's use-of-force data over the past three years. The report said, "While many people view any use of force by police as a negative outcome regardless of how or why the force was used, our data shows that officers cannot do their jobs effectively without using some amount of force in appropriate circumstances. No matter how much deescalation training an offcier receives, there will always be a certain percetnage of arrestees who will resist or flee regardless of what the officer says or does."

Since Williams has taken over, he has welcomed the state Department of Justice in reviewing the department's policies and practices. And all eyes are on how he will handle the most recent shooting at the hands of the police.

Detective Jarrett Tonn fired through the windshield of a moving car at Sean Monterrosa, thinking the hammer in his sweatshirt was a gun. Detective Tonn has also been involved in several non-fatal shootings.

“What I can’t do is change the past,” Williams said. “But what we can do is improve. And so one of the things were are doing as a police department is improving our processes, the organizational structure, our training, and we’re going to continue to do that.”

Questions are swirling over which agency will review Monterrosa’s shooting.

Solano County District Attorney Krishna Abrams has recused her office, and state Attorney General Xavier Becerra has declined to step in to investigate any shootings by police.