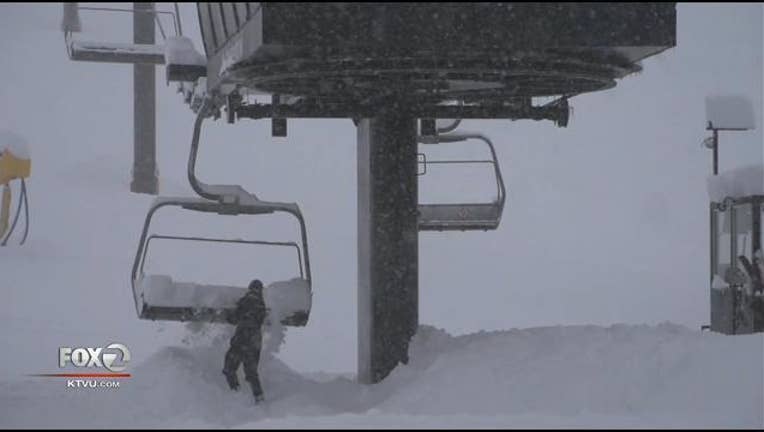 The National Weather Service says Saturday that a cold, low-press system dropped up to a foot and a half of snow at ski resorts in the Sierra.

Scattered showers occurred across the San Francisco Bay area, and less than an inch of rain fell in most locations. A thunderstorm dropped hail in the Santa Clara County hills near San Jose.

The storm was moving to the central and southern part of the state, bringing light showers and snow in the mountains. Forecasters said as much as a foot of snow could fall from Saturday through Monday in the San Bernardino and Angeles national forests.

The storm could dump up to an inch and a half of rain at lower elevations in San Diego County.