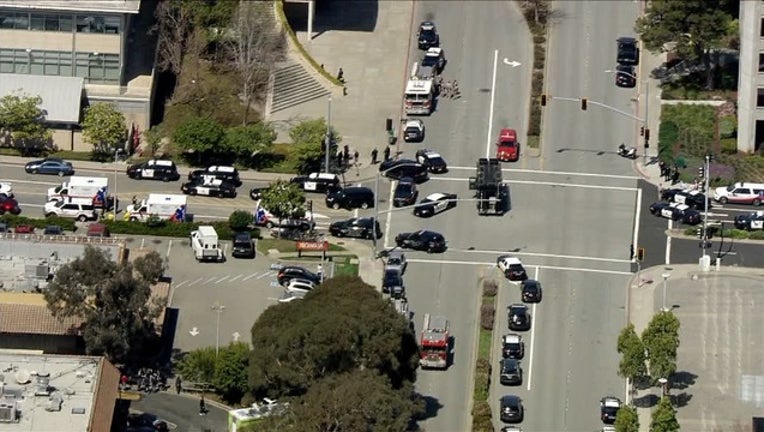 SAN BRUNO, Calif. (AP) - A look at other workplace shootings:

- April 3, 2018: A woman opened fire at YouTube's headquarters in the San Francisco Bay Area, wounding four people before she shot and killed herself.

- June 14, 2017: UPS employee Jimmy Lam, who had recently filed a grievance, opened fire inside one of the company's San Francisco packing facilities, killing three co-workers before fatally shooting himself as employees fled frantically into the streets.

- June 5, 2017: John Robert Neumann Jr. fatally shot five former colleagues and then himself at a manufacturer of awnings in Orlando, Florida. Neumann had been fired from the Fiamma factory in April.

- Oct. 25, 2016: One worker was fatally shot and three others were wounded after a former co-worker opened fire in the paint shop at the FreightCar America facility in Roanoke, Virginia. The shooter, Getachew Fekede, then killed himself.

- Feb 2016: Fifteen people at a Kansas factory were shot and three of them killed by a co-worker whom police said had also shot two other people as he drove toward the facility. The shooting occurred at Excel Industries in Hesston, Kansas.

- Dec 2, 2015: A husband and wife carried out an attack on his co-workers with high-powered rifles at a health department training event and holiday party at the Inland Regional Center in San Bernardino, California. Syed Rizwan Farook and his wife Tashfeen Malik killed 14 people and wounded 22 others. Both fled the scene but then died in a shootout with police.