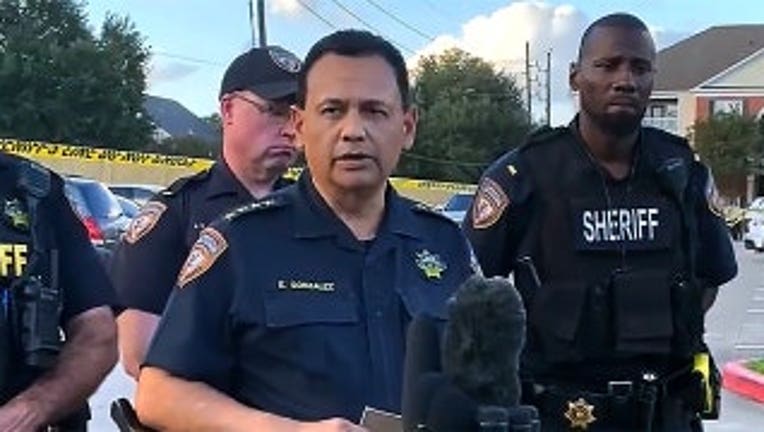 HOUSTON - The suspected skeletal remains of a 9-year-old boy were found in a Houston apartment and may have been there for a year, Texas authorities said.

"I have been in this business a long time, and never saw anything like this," Harris County Sheriff Ed Gonzalez said during a press conference Sunday, describing the scene as "horrific" and "tragic."

Harris County authorities responded to a call on Sunday after a 15-year-old boy who also lives in the apartment told officials that his 9-year-old brother had been dead for a year. The teenager told the sheriff’s office that the body was in the apartment he shared with two other younger brothers, ABC 13 reported.

The teenager also said his parents had not lived in the apartment for a few months. The two other brothers are ages 7 and 10.

Police found the three brothers in the apartment, as well as the skeletal remains that are suspected to belong to the 9-year-old. The boys appeared to have been abandoned and malnourished, according to authorities.

The skeletal remains were reportedly not concealed in the apartment but sitting out in the open, ABC 13 reported.

"[We're] connecting all the dots at this point, it appears [the kids] were in there while the body was deteriorating," Gonzalez said.

The 15-year-old appeared to be the caretaker of his two younger siblings.

The mother of the children and her boyfriend were brought in for questioning, the sheriff’s office said late Sunday.

The children are now in the county’s custody. An investigation is underway to confirm the remains belong to the 9-year-old and to determine how long he has been dead.

It is unclear if the children were attending school while living with the skeletal remains.

Gonzalez updated the public later on Monday that the mother and her boyfriend were released from questioning by police. He added that no charges were filed in the case as of Monday morning.