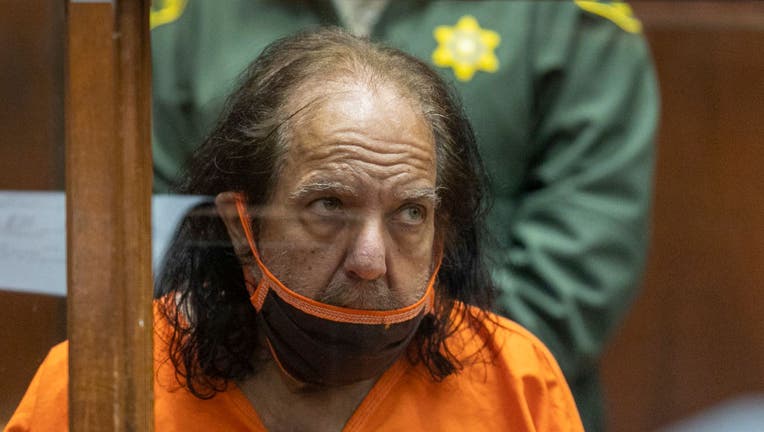 LOS ANGELES - Adult film star Ron Jeremy pleaded not guilty on Monday to 20 additional rape and other sexual assault charges involving 12 more women and a teenage girl in attacks dating back to 2004, bringing the number of his alleged victims to 17.

Jeremy was set to be arraigned Monday on 20 additional rape and other sexual assault charges involving 12 more women and a teenage girl in attacks dating back to 2004.

Jeremy, 67, pleaded not guilty in June to allegations that he raped three women and sexually assaulted another in separate attacks going back to 2014.

The District Attorney's Office amended the complaint Monday against the defendant -- whose real name is Ronald Jeremy Hyatt -- to include a total of eight forcible rapes and lewd conduct with a 15-year-old girl, among other counts.

He has been jailed in lieu of $6.6 million bail, despite a defense request to lower the amount.

Prosecutors said the victims range in age from 15 to 54 and that the teen was assaulted at a party she attended in Santa Clarita. The most recent allegation was made by a 21-year-old woman who alleged that Jeremy sexually assaulted her on New Year's Day of this year outside a business in Hollywood.

A half-dozen of the other alleged assaults happened inside a West Hollywood bar the defendant frequented and another took place in the bar's parking lot, according to prosecutors.