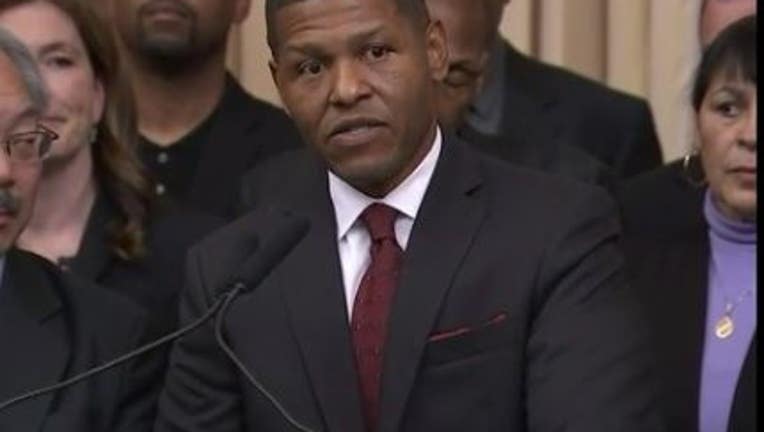 SAN FRANCISCO - A reform effort at the San Francisco Police Department has been ongoing for three years as of this month, but the department has only completed about 11 %of reform tasks recommended by the U.S. Department of Justice, police Chief Bill Scott said.

The chief gave a presentation on the state of the 272 reform tasks at a Board of Supervisors meeting on Tuesday, the first hearing the board has had on the process in more than two years.

Much of the delay, Scott said, was because of the Trump administration's withdrawal from the process. Under President Donald Trump, who was elected just after the Justice Department issued its recommendations, the administration no longer aids police departments seeking reforms.

Despite that, Scott said that San Francisco police have engaged a private contractor and the state Department of Justice to continue the work.

Scott was hired to lead the department just after the reform process started.

He said that some of the most crucial reforms have been completed, including revising the department's use of force policy. Scott touted a reduction in use of force since the reforms began and the lack of any officer-involved shootings this year as evidence that the reforms were working.

However, racial disparity remains an issue and there has been little change in the racial dynamics of people stopped by officers since the reform effort started.

The U.S. Department of Justice in October 2016 first provided a list of 272 reform tasks for the department to complete. The department had invited the Justice Department's Community Oriented Policing Services to conduct a review of the department following a spate of controversial police shootings, including Mario Woods in 2015 and Jessica Williams in 2016.

As of Tuesday's meeting, 13 tasks were under review by Hillard Heintze, eight had been submitted to the Justice Department, 52 had been returned for more work and 170 were still in progress.

The tasks are divided into four areas: use of force, bias, accountability, and hiring and recruitment and personnel practices.

Scott said that many of the completed tasks were in the use of force area. The department revised its use of force policy late in 2016 to make a number of recommended changes, including banning officers from shooting at vehicles and from using carotid restraints, a hold similar to a chokehold where the goal is to cut off blood flow to the brain.

The proportion of black people stopped by police remains high as well. Black people accounted for nearly 40 percent of searches by San Francisco police in the first quarter of 2019.

"Those numbers are cause for an in-depth review of what we can do," Scott said.

One way Scott said he thinks the department can improve this is by improving its community-oriented policing, particularly in its violence reduction work.

In neighborhoods experiencing violence, Scott said, "What we've done in the past is put a lot of cops out there and write a bunch of tickets and make a bunch of arrests."

But this kind of approach, he said, would only add to the disparity and contribute to distrust, complicating investigatory efforts.

Another report on the progress of reforms from the contractor Hillard Heintze is expected in mid-December.