"An attack on one is an attack on all," the governor said a day after a gunman killed 10 people and injured 3 others in a racially motivated attack.

Rep. Liz Cheney, R-Wyo., is blaming leaders in her own party for enabling hate in the U.S., after a mass shooting in Buffalo, N.Y., where the suspect is believed to be a white nationalist.

Two days after Payton Gendron allegedly went on a shooting spree at a grocery store, killing 10 people and injuring three – most of whom were Black – Cheney took to Twitter to point a finger at her fellow Republicans.

"The House GOP leadership has enabled white nationalism, white supremacy, and anti-semitism. History has taught us that what begins with words ends in far worse," Cheney posted. "@GOP leaders must renounce and reject these views and those who hold them."

Cheney did not specify exactly who she meant or what she meant by this, and her office did not immediately respond to a request for comment, but House Republican Conference Chair Elise Stefanik, R-N.Y., was described Sunday by the Washington Post as "echoing the racist ‘great replacement’ theory" that Gendron reportedly referenced in a lengthy manifesto.

Rep. Adam Kinzinger, R-Ill., who, along with Cheney, is one of two Republicans on the House January 6 commission, also accused Stefanik of promoting the theory in a Saturday tweet in which he shared a September Newsweek article about criticism leveled at Stefanik's Facebook ads. 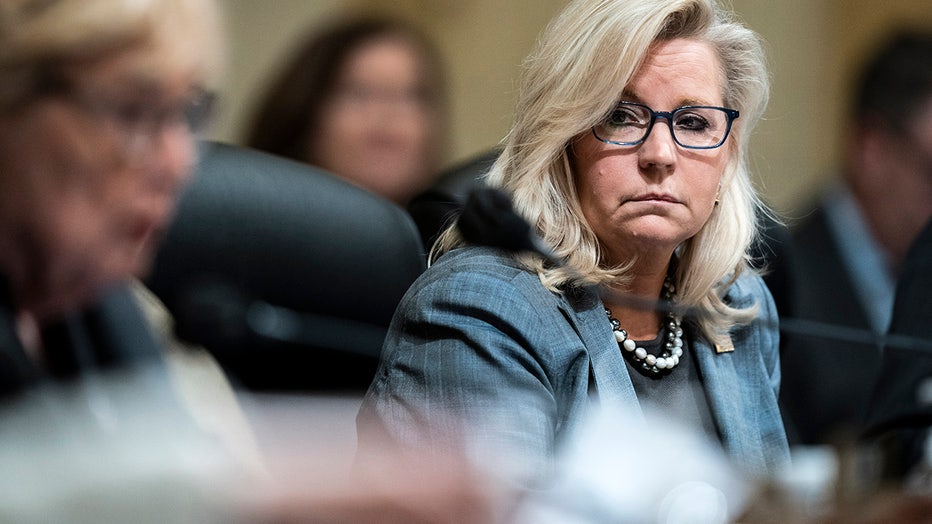 Stefanik, who took Cheney's spot as the number three House Republican one year ago, pushed back against the accusations Monday morning, sharing a statement from her team.

"Any implication or attempt to blame the heinous shooting in Buffalo on the Congresswoman is a new disgusting low for the Left, their Never Trump allies, and the sycophant stenographers in the media," the statement said. "The shooting was an act of evil and the criminal should be prosecuted to the fullest extent of the law. Despite sickening and false reporting, Congresswoman Stefanik has never advocated for any racist position or made a racist statement."