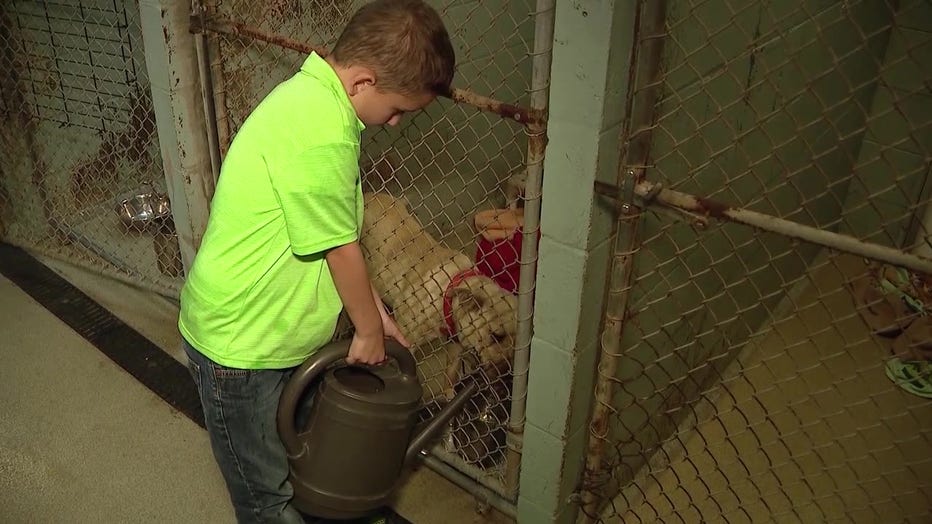 Robbie Gay, 8, has spent much of his life in foster care. He now spends much of his free time volunteering at a local animal shelter.

The Florida boy is a regular at the Flagler Humane Society in the city of Palm Coast, where he makes sure the dogs there are comfortable and well cared for. 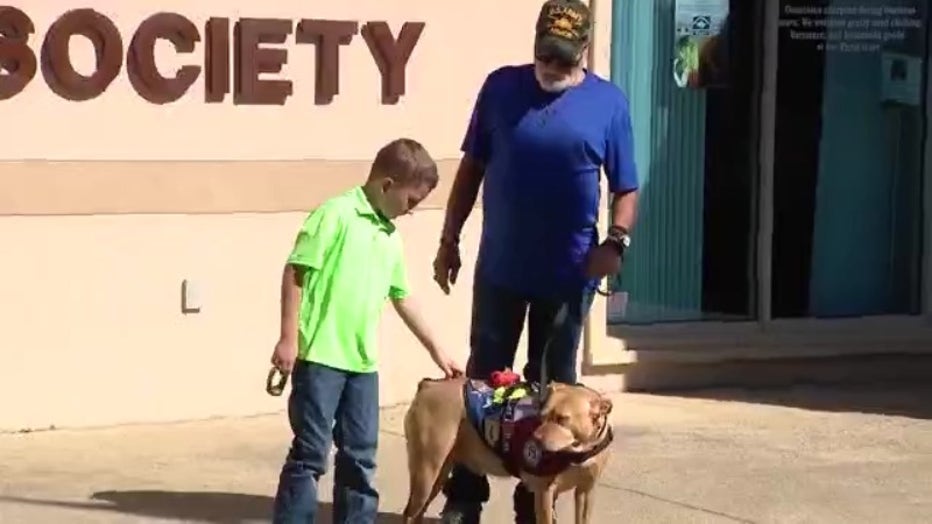 The child is especially drawn to older pets, because they are less likely to get adopted than the younger pups that come through the shelter.

He knows that his time with some of the senior dogs can be short.  And for being only 8, he seems to have a deep and profound understanding of how time does not necessarily measure how much you love someone or something. 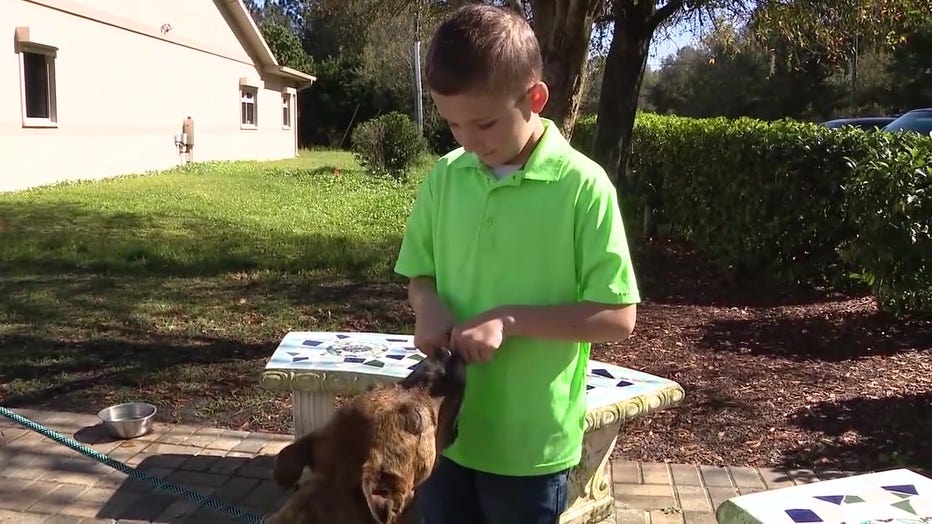 He said one big reason he's drawn to the shelter dogs is that he can relate.

Until he was adopted last summer, Robbie had been in and out of six different foster homes.

His mom, Maria Gay, said her son has been through a lot, experiencing abuse and neglect at a very young age. And she said, as a result, the child has learned to bury his emotions. 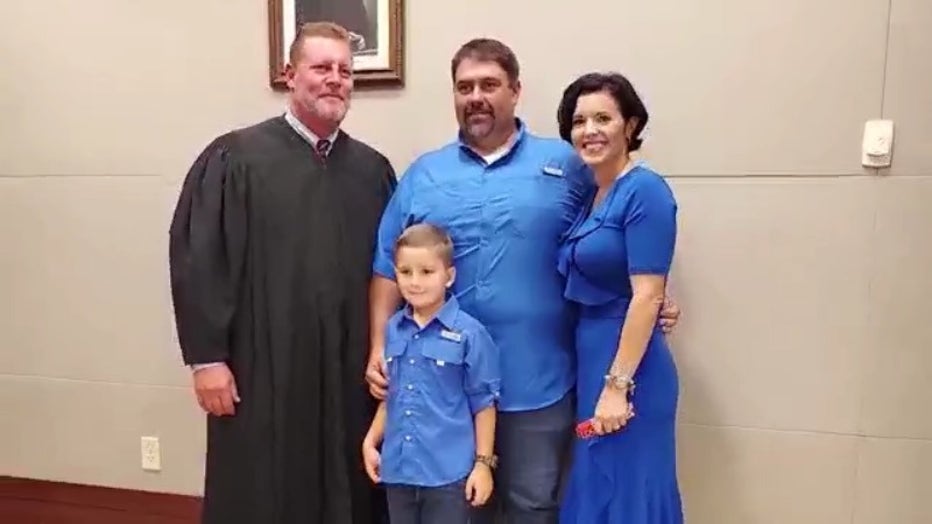 "In order to get through what he has been through, he had to harden," his mom explained. She noted that it was somewhat of a breakthrough for him, when last month, he was able to make himself vulnerable enough to express his grief when the Gays had to put down the family dog, Buffy.

"It was the first time I had really seen him show grief," the boy's mom said.

A photo of him sobbing as he held his beloved pet was posted on his mother's Facebook page and shared tens of thousands of times across the country and around the world.

In the post, she explained that she wanted Robbie to be a part of the process of saying goodbye to their dog.

She got him from school as soon as she learned that Buffy would have to be put down. "On the way there he told me he wanted to be the one to hold her when she went to heaven. And of course, I gave him that honor," the mother wrote.

When Maria Gay expressed to her son how proud she was that he cared so much for older animals, his response was, "'I know how it feels not to be loved or cared for and I don't want any animal of mine to ever feel that way,'" the child told his mom. "'It's only sad for us when they go to heaven. It's a happy day for them," he continued before thanking his mother for being proud of him.

It's a whole lot of wisdom carried by a young child-- wisdom which clearly has not been lost on his mother.

"He has also reminded me on several occasions that it doesn't matter how long you have something for how much you love it," Maria Gay said.

When pressed about what he meant, her son responded like this: "'Well you've only known me for two years but you love me like it's been forever.'"

WOFL Fox 35 contribute to this story, which was reported from Oakland, Calif.