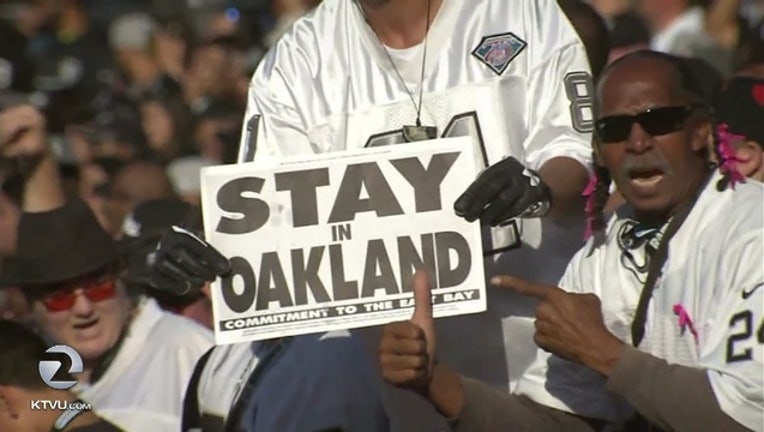 OAKLAND (BCN) The Alameda County Board of Supervisors voted on Tuesday to approve a lease agreement that would keep the Oakland Raiders football team playing at the Coliseum for at least one more year.

The board's vote follows a unanimous vote by Oakland-Alameda County Coliseum Authority commissioners on Friday to approve the lease agreement.

The final hurdle for the agreement will come on Thursday, when the Oakland City Council votes on it.

The National Football League has imposed a March 24 deadline for the Raiders to find a place to play their home games this fall.

The Coliseum Authority and the Raiders had reached a tentative agreement for a new lease late last year but it fell apart after the city filed a federal breach of contract lawsuit in December against the Raiders and the National Football League for the move to Las Vegas.

Many fans feared that the Raiders' game against Denver last Dec. 24 would be the team's final game in Oakland and the team explored the possibility of playing this fall at other venues outside and inside the Bay Area, including Levi's Stadium in Santa Clara and Oracle Park in San Francisco.

However, nothing materialized so the Raiders resumed negotiating with the Coliseum Authority.

McKibben said if the new stadium in Las Vegas isn't ready by the fall of 2020 and the Raiders need to play in Oakland for a second additional season the rent will increase even more, to $10.5 million.