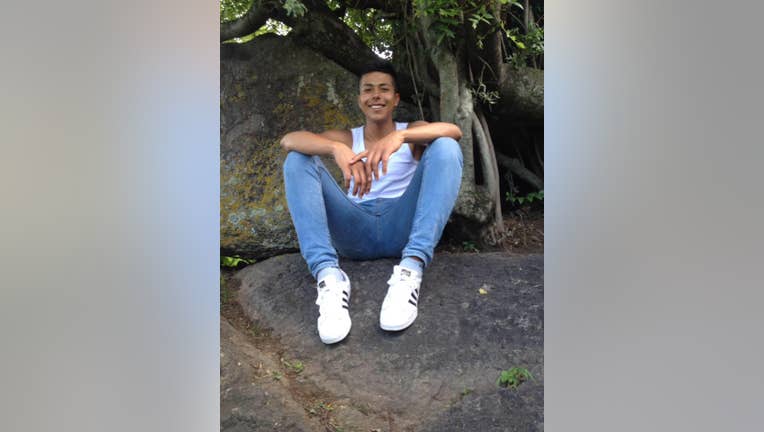 Christian Madrigal tried mushrooms on May 25, 2019 and his family said he was never the same. (Madrigal family)

FREMONT, Calif. - The Alameda County District Attorney on Monday found no criminal wrongdoing by sheriff's deputies -- one year and two days after a 20-year-old Fremont man was found to have hung himself while chained to an isolation cell door at Santa Rita, a violation of jail policy.

In her report following the June 15, 2019 in-custody death of Christian Madrigal, Nancy O'Malley wrote: "I have reviewed the report and agree with the conclusion that the evidence does not justify criminal charges against any law enforcement agency. As indicated in the report, no further action will be taken in this case."

O'Malley said that she did not find it unreasonable that Madrigal was chained to the door by his ankles. But she did find it "concerning" that he was left there unattended to a "fixed object," and these methods do not demonstrate "best practices."

O'Malley also noted, however, that jail staff did not appear indifferent to Madrigal, providing him a Spanish interpreter and calling a nurse to assess him.

And she said that while deputies "neglected to make timely observations" of Madrigal right before he took his own life, they had been "diligent" about the checks in the hours before that. And any gaps, she noted, did not appear to be an "indifference" to his well-being.

Jaime had originally called police to help his son, who had suffered some sort of psychiatric break after experimenting with psychedelic mushrooms and whose behavior had been erratic for a few weeks. Police ended up taking Madrigal to Santa Rita Jail.

Last week, KTVU made public reports from Santa Rita that showed Lt. Craig Cedergren chose to use leg irons and handcuffs to chain Madrigal to a cell door saying the young man was "resistive" and "uncooperative."

There is body camera video of the event - none of which has been publicly released.

Deputies had wanted to put Madrigal in a restraint chair, but documents provided to KTVU through a federal wrongful lawsuit against the sheriff show that Cedergren found the chair to be "inappropriate." Madrigal ended up taking his life by hanging himself on his handcuffs while chained to the door, according to a coroner's report.

Using leg irons and chaining someone to a door violates jail policy, however, and in earlier interviews, sheriff's spokesman Sgt. Ray Kelly said Cedergren had been on leave since the death.

On Monday, Kelly said the Internal Affairs case will now be completed "and a disposition on the employee and this matter will be made." He reiterated that Cedergren is still on leave and said to check back on his official job status now that the DA's investigation is over.

One telling note, however: In O'Malley's letter to Sheriff Greg Ahern, she wrote that she agrees with the conclusion that the evidence does not justify a criminal prosecution - likely meaning that Ahern has already reached that same conclusion.

Last year, KTVU first requested personnel records on Cedergren and the deputies involved in Madrigal's under a police transparency law, SB 1421, but has yet to receive any.

She also said that it is not the DA's role to prosecute if the office finds that a law enforcement officer acts outside of agency policy or used "improper tactics."

O'Malley said those matters can be taken up in a civil action, which has a lower standard of proof.