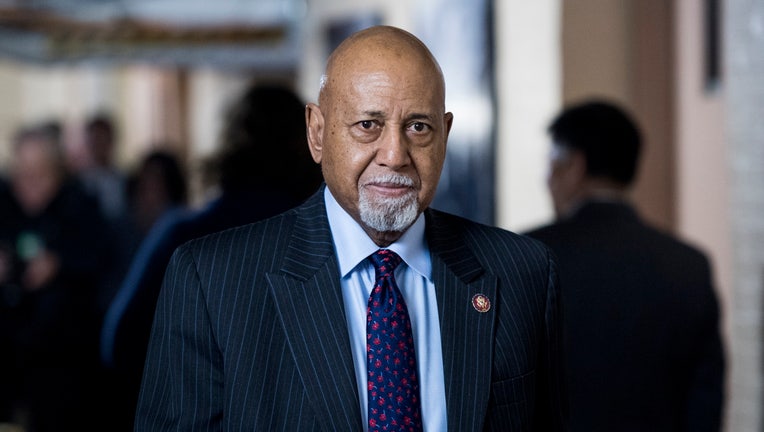 He suffered from pancreatic cancer.

Hastings had been a federal judge and was impeached and convicted by the Senate in the late 1980s. But then ran for Congress and won in 1992.

Hastings represented Florida's 20th Congressional district, which includes Democratic areas around Fort Lauderdale and West Palm Beach. He was the dean of the Florida congressional delegation as the longest-serving member from the Sunshine State.

Fellow Florida Democrat, Rep. Val Demings, said Hastings "served his constituents as a civil rights attorney, judge, and Dean of our Congressional delegation. He changed the face of politics in FL and brought passion & unwavering dedication to the fight for justice. We are forever grateful for a life well lived."

Hastings, a civil rights activist, was known for breaking down barriers. He became the first African American federal judge in Florida when former President Jimmy Carter appointed him in 1979. He served in the role for 10 years until he was impeached in the House and convicted in the Senate and removed from office on counts related to bribery, perjury and tampering with evidence.

But Hastings mounted a political comeback a few years later and won a seat in Congress in 1992 and was serving his 15th term in Congress.

Hastings' passing means an even slimmer majority for the Democrats in the House. Once Rep.-elect Julia Letlow, R-La., is sworn into office to fill out the remainder of her late husband's seat, Republicans will hold 212 seats compared to Democrats' 218 seats.

That means Democrats can only lose two votes on their side and pass a bill without Republican help. By rule, tie votes fail.

There will be five vacancies -- four of which were Democratic-held seats.

Hastings is the second member of Congress to die already this year. Rep. Ron Wright, R-Texas died from COVID-19 over the winter, whereas Luke Letlow died of coronavirus before being sworn into office.