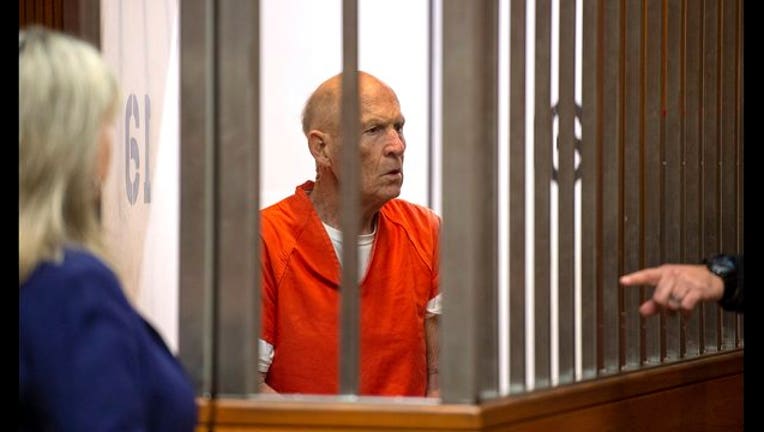 Joseph DeAngelo, a former police officer facing 26 murder and kidnapping charges, could be required to reimburse the county to the extent he is able after the trial, Judge Michael Sweet said in Sacramento Superior Court.

DeAngelo, 73, stood in an orange jumpsuit inside a courtroom cage. He appeared to have lost weight in jail since his arrest in April.

Sacramento County has asked the state to pick up the cost of prosecuting and defending DeAngelo, a county official said Wednesday.

Authorities believe he committed 13 murders and more than 50 rapes in the 1970s and 80s spanning six California counties. The rape cases happened too long ago to be prosecuted, so prosecutors brought 13 related kidnapping counts.

DeAngelo has not entered a plea.

Diane Howard, the public defender who has represented him since his arrest, did not comment after Thursday's hearing. She represented DeAngelo in court alongside two other defense attorneys.

The parties are next due in court April 10.

The search for the serial killer, known by nicknames such as the East Area Rapist and the Golden State Killer, vexed authorities for decades and left victims' families without answers. Finally in early 2018 investigators used DNA and a genealogical website to identify and arrest DeAngelo.

The serial killer would monitor suburban neighborhoods and sneak into homes at night, authorities said. If a couple was home, he would tie up the man, place dishes on his back and threaten to kill both victims if he heard the plates fall onto the floor while he raped the woman.