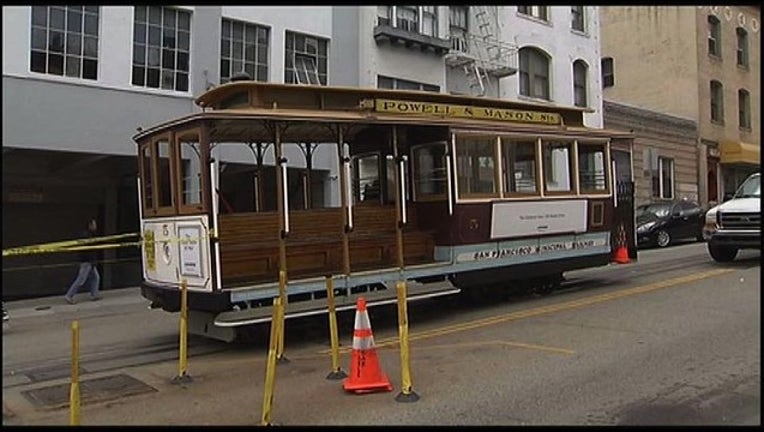 The 50-year-old operator was getting off the cable car at the corner of Taylor and Francisco streets 10:27 p.m. when the motorcyclist hit him from behind, police said.

The man suffered a fractured skull and a brain injury. He was taken to San Francisco General Hospital with life-threatening injuries.

San Francisco police spokeswoman Officer Grace Gatpandan said the motorcyclist, identified as 22-year-old William Makepeace of San Francisco, was arrested and booked into jail on suspicion of felonydriving under the influence.