A Central Florida woman says someone has been feeding a large gator after video shows it coming toward her and trying to bite her paddleboard.

OCALA, Fla. - A Central Florida woman believes someone has been feeding a very large alligator after she says it came after her and tried to bite her paddleboard at Silver Springs State Park.

Vicki Reamy Baker posted photos and videos on Facebook of the alligator while paddleboarding with friends on Silver River during the Labor Day weekend.

"Get away from me," Baker says in the video as the alligator is seen swimming right up to her paddleboard.

At one point Baker nudges the alligator away with her paddle and the massive gator hisses at her. 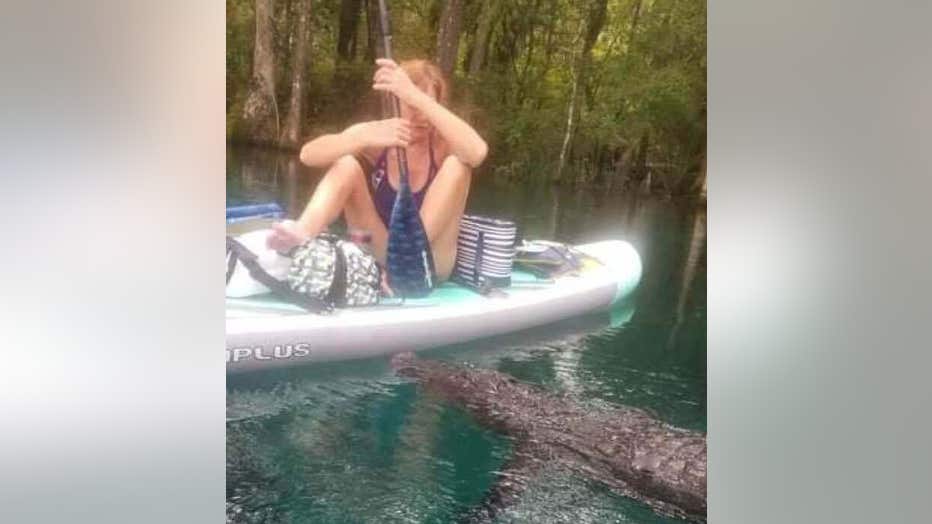 "I had to push it away with my paddle and then I paddled away fast," she told FOX 35 News.

Baker says during the incident, the alligator even tried to bite the paddleboard she was sitting on! 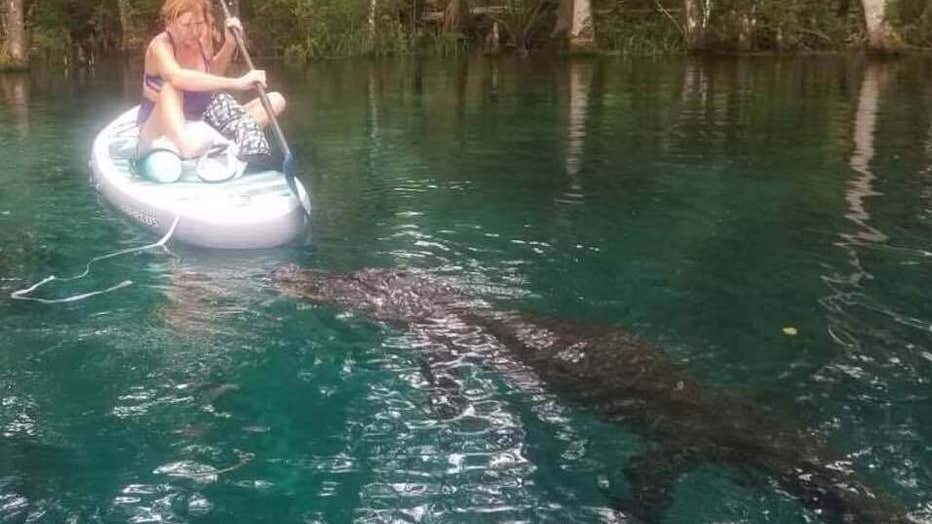 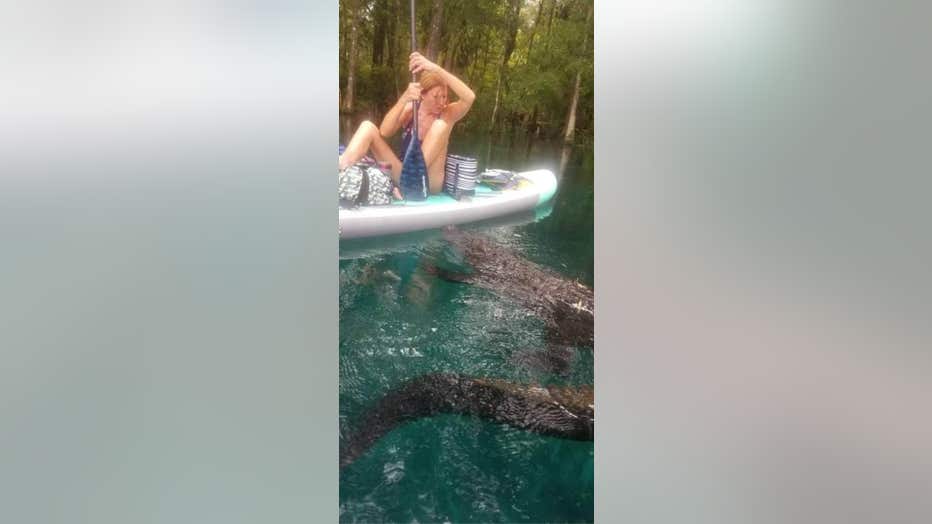 "Gator tried to eat my board. Someone has been feeding him and made him very dangerous. He was a big boy," she captioned one of the videos.

Her videos have gone viral with over 75,000 views and thousands of comments on social media.

"This is why I will never kayak in Florida," one person wrote.

Another person defended the alligator in its habitat.

"If he wanted to bite you, he would have!! He isn't a nuisance gator Ma'am, you are in its home!!!

Watch FOX 35 News for the latest viral stories. Get breaking news alerts in the FOX 35 News app. Download for iOS or Android