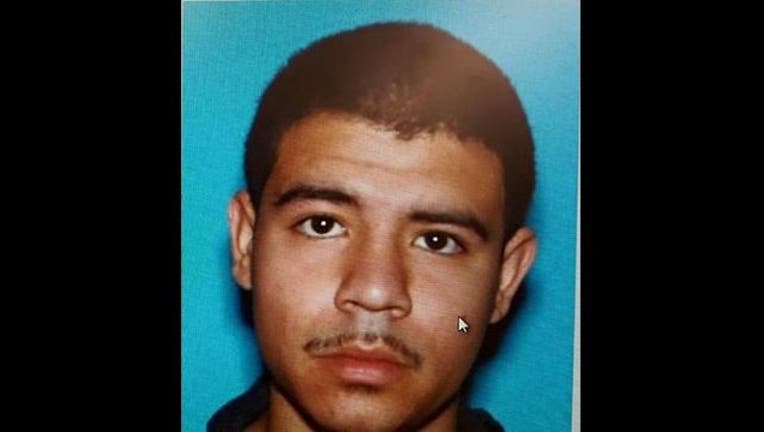 STOCKTON, Calif. (KTVU) - A 15-year-old girl who was kidnapped out of the Stockton was found at a gas station in the area around 8 a.m. Thursday.

An Amber Alert had been issued after the suspect violently attacked his girlfriend at her parent's house in the 300 block of Bea Hackman Court. He then forced her into a vehicle and drove away. Authorities thought they might be headed to Fresno or the San Jose area.

Authorities were looking for a 2010 blue Chevrolet Impala with California license plate number 6TDX789. At 8 a.m. Stockton police announced they found the vehicle north of Downing Avenue in Stockton. The car was empty.

Moments later, they announced they found the teenager at a gas station on Fremont Street and Pershing Avenue.

The suspect is still on the loose. He has been identified as Alex Quinones. He's described as a 22-year-old Hispanic man, 5'10" tall and 155 pounds. He was last seen wearing no shirt, black pants, and black shoes.

Anyone who sees the suspect is asked to call 911.