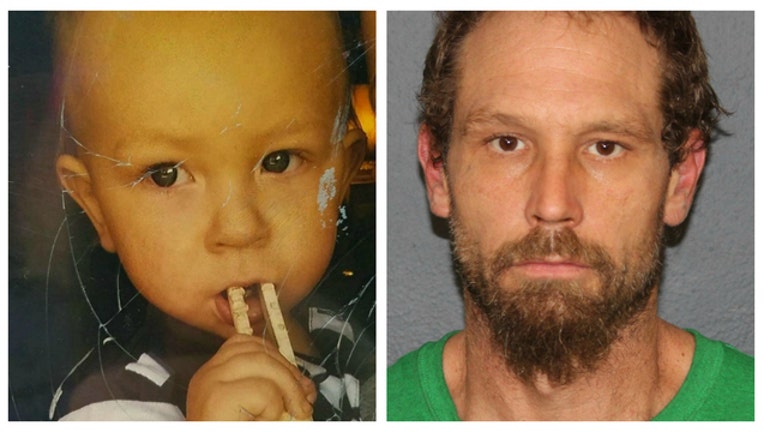 UPDATE, 5:45 p.m.: The baby in an Amber Alert out of Overland, Missouri was turned over to police, safely, on Sunday afternoon.

OVERLAND, Missouri (Fox 32 New) - An Amber Alert has been issued for a baby who was kidnapped by a sex offender from Overland, Missouri.

Police say that Brian Pullen, 40, kidnapped his 9-month-old son, Brian S. Pullen, from a town near St. Louis on Sunday morning. Pullen does not have custody.

Pullen is a convicted felon and registered sex offender. Police say he might have a shotgun.

Pullen might be headed with the baby to Fairmont City, Illinois.

The Amber Alert says the suspect might be driving a red or maroon sports car.