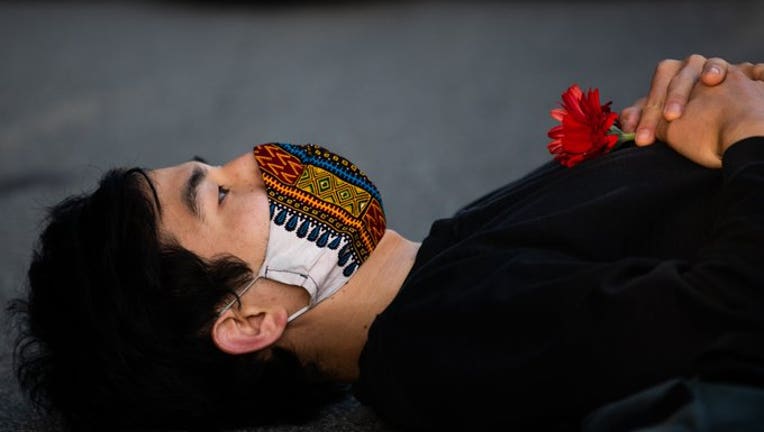 SAN FRANCISCO - Clad in black and holding red flowers, more than 50 people laid on the street in front of San Francisco Mayor London Breed's home Thursday evening to call attention to the potential fate of the city's unhoused amid the coronavirus pandemic.

The die-in began at about 6:30 p.m. at 791 Page St. in San Francisco's Hayes Valley neighborhood. 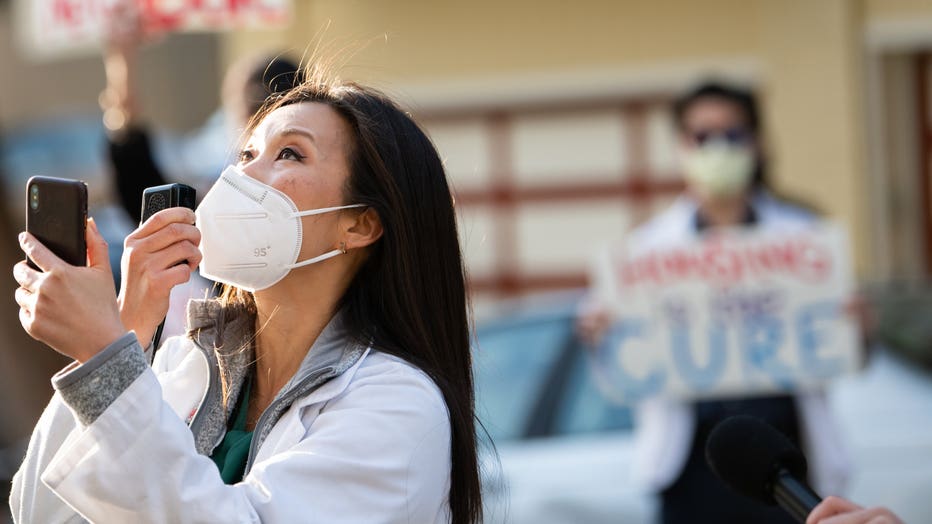 The mayor so far has stopped short of implementing an emergency ordinance passed April 14 by the city's supervisors to acquire more than 8,000 hotel rooms for unhoused residents to keep them and others safe from the virus.

San Francisco resident Olivia Park, who is with the Do No Harm Coalition, said they have had virtual campaigns, they have called the mayor and she has been shifting her reasons for failing to follow the supervisors lead.

"We just frankly, we're at wits end," Park said. She said plenty of the city's unhoused just need a place to stay.

As for those who need support and services if they were to get a hotel room,
there are community organizations standing by to provide those services, Park
said.

Park argued that the city doesn't need to handle all of the operations for housing the unhoused.

KTVU has updated the estimated number of protesters at this event. 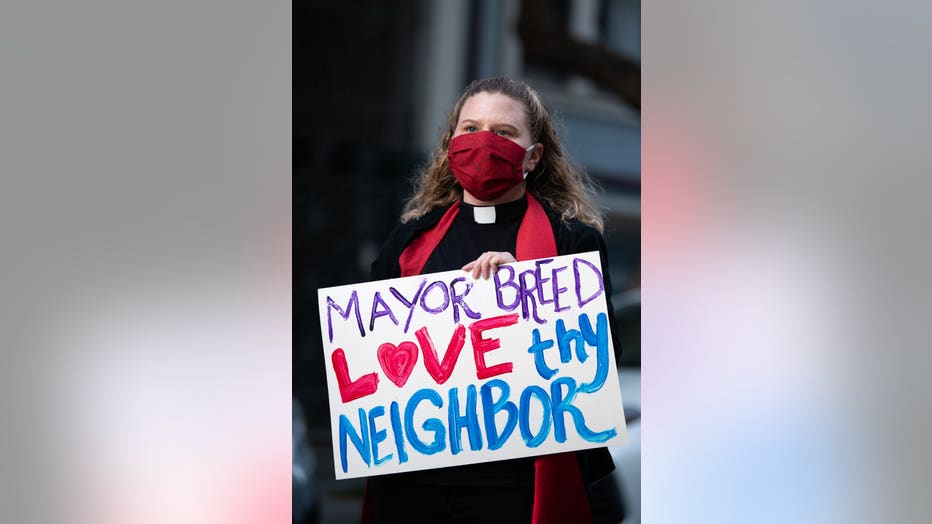 "We are a very well-resourced city" with organizations that know what to do and that have the training and capacity to deliver those services, she said.

Park said the die-in represents the death of the souls of San Francisco. An email to the mayor requesting her reaction was not immediately returned.