The Minnesota Bureau of Criminal Apprehension has released all investigative materials, including additional body-worn camera video, related to the Minneapolis police deadly shooting of Amir Locke during a no-knock raid in February.

MINNEAPOLIS (FOX 9) - The Minnesota Bureau of Criminal Apprehension has released all investigative materials, including additional body-worn camera video, related to the Minneapolis police deadly shooting of Amir Locke during a no-knock raid in February.

New body camera video shows more video from the moments before and after Amir Locke was shot during a raid in February by Minneapolis police.

Previously, the BCA had only released one officer's body camera footage. The reports released with Wednesday’s charging decision confirm that the previously released video was from the perspective of MPD Officer Aaron Pearson, who opened the apartment door with a key provided by apartment management for the SWAT team to enter.

The new video shows the moments before and after shots were fired from 11 other body cameras, including Officer Mark Hanneman.

Locke's cousin learned he was dead during police interviews

An interview transcript included in the case file shows the moments as Marlon Speed, who was sleeping in the next room over when Locke was shot, spoke with the BCA after the shooting.

"I seen the blood in the living room when I walked out," Marlon Speed recalled, later adding, "Y’all just shot him, y’all figure the rest out. If you’re not fittin' to arrest me, let me go bro. I ain't got shit to say."

"They ain't say shit, they just walked in, shoot their fuckin' guns, they damn near shot me and her. She jumped off the bed under the fucking blanket, had to tell her she can’t do that shit. They woulda shot her ass, she came up from under the blanket with nothin in her hands."

After giving investigators information on how to contact Locke's family, a distraught Marlon Speed ultimately ended the interview.

Officer Mark Hanneman provided the following statement through his attorney to BCA investigators:

According to the reports, two Minneapolis Police Department SWAT teams arrived at Bolero Flats downtown apartments around 6:37 a.m. on Feb. 2 and began executing the no-knock search warrants around 6:42 a.m. in two apartments on the 14th floor and one apartment on the seventh floor. The warrants were obtained in connection to a January homicide in St. Paul.

The SWAT teams, along with the paramedics on scene as a precautionary measure (a standard procedure according to the prosecutors' reports), had been briefed by St. Paul Police investigators on the case around 6 a.m. prior to the warrant's execution, the report states.

Investigators informed the SWAT Teams that the primary suspect lived in the 14th-floor apartment and spent a lot of time in his brother's seventh-floor apartment; that the suspects had recently made social media posts in which they were seen with multiple firearms; that the suspects were associated with multiple armed robberies and carjackings; and that the rifle used in the January homicide had not yet been recovered.

Hanneman was the third officer to enter the dark seventh-floor apartment, according to the report. Locke was sleeping wrapped underneath a blanket on the couch in the living room of the apartment when officers came in shouting "police, search warrant." Multiple officers, who said they could see movement from Locke under the blanket, are heard telling Locke to get on the ground and show his hands.

After Sgt. Troy Carlson kicked the couch, Locke falls off and onto the floor near the ottoman and begins to rise "crouched" from under the blanket armed with a gun, the report states. In Hanneman’s written statement (page 10-12 of the prosecutors' report), he said he pointed his handgun out in front of him as Locke "was brandishing (the handgun), and pointed it at me."

TRIGGER WARNING: This video is graphic and is not suitable for young people or sensitive viewers. Viewers, please use your own discretion. Thursday evening, the mayor of Minneapolis released MPD body camera video of the police shooting and killing of an armed man in a downtown apartment Wednesday. Community members and police reports have identified the man killed as Amir Locke, a 22-year-old Black man.

Hanneman wrote: "In this moment, I feared for my life and the lives of my teammates. I was convinced that the individual was going to fire their handgun and that I would suffer great bodily harm or death. I felt in this moment that if I did not use deadly force myself, I would likely be killed. There was no opportunity for me to reposition myself or retreat. There was no way for me to de-escalate this situation. The threat to my life and the lives of my teammates was imminent and terrifying."

The report states he "recognized" a threat to his life and "pulled the trigger three times." Hanneman wrote he saw Locke continue moving on the floor after he was shot, so Hanneman then jumped on Locke’s back, tackling him to the floor so that Locke was on his stomach while other officers moved Locke’s gun away.

Hanneman’s body-worn camera cuts out after he tackled and leaned against Locke. The officer had noted in his written statement that he believed the camera deactivated "during the struggle."

Officers continued to search the apartment, where they found and detained a man, identified as Locke's cousin, and a woman in the bedroom. In their statements to police, they said they were awoken from their sleep when they heard shouting. They thought people were breaking into their apartment until police entered their bedroom, and they heard gunshots fired. They also told police Locke had been staying at their apartment for a few nights. 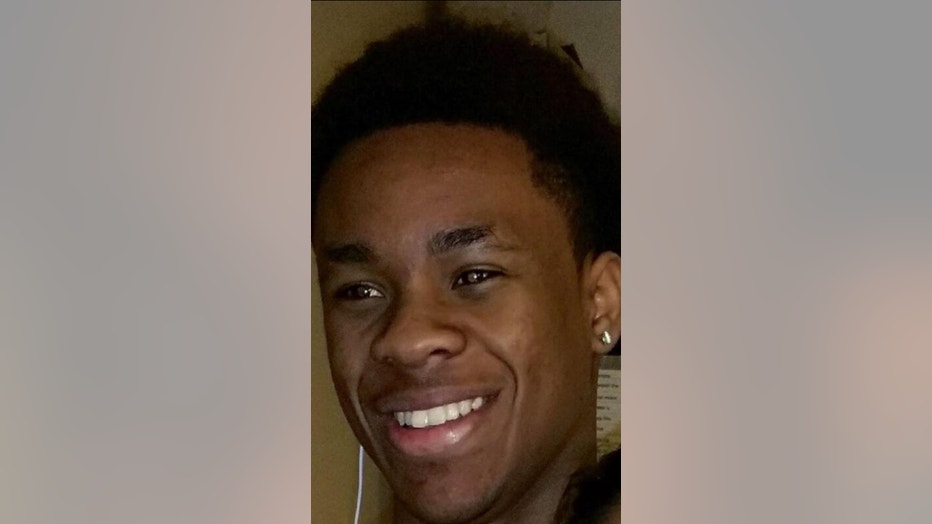 The SWAT team medics responded immediately, treated Locke and transported him to a nearby hospital. There, he was pronounced dead at 7:01 a.m. While Hanneman fired three shots into Locke's body, the medical examiner identified five gunshot wounds, suggesting some bullets may have passed through his body in one spot and re-entered at another, the report states.

Locke was never named on the warrant, nor was he considered a suspect in the homicide investigation. His death pushed city leaders to have to reexamine no-knock warrant policies. Prosecutors noted the "highly risky" and "violent nature" of the law enforcement tool in their charging decision. In Minneapolis, a new policy that began Friday requires officers to wait for a minimum of 20 seconds for all warrants after repeatedly knocking and announcing their presence before entering.

The police department confirmed Hanneman was placed on administrative leave after the deadly shooting, but returned to work on Feb 28 and is no longer assigned to SWAT team duties.