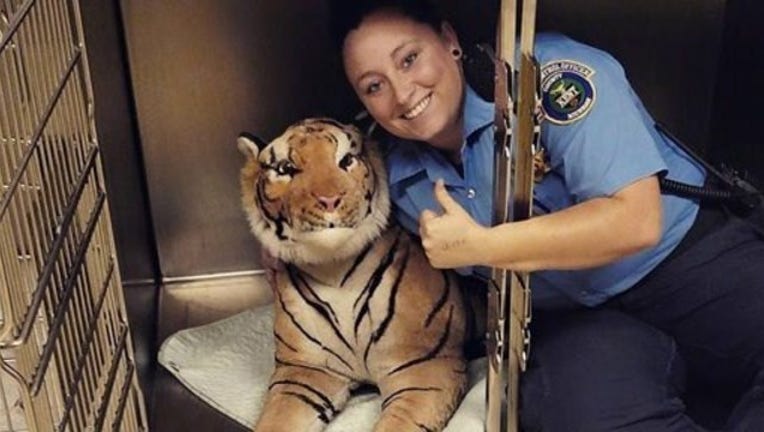 GRAND RAPIDS, Mich. (AP) — An animal control worker in Michigan was convinced he was looking at a young tiger lying in a driveway, so he approached with care. He grabbed a pole and a shield, and called police.

Turns out, it was a stuffed animal.

The Grand Rapids Press reports that Kent County Animal Control received a call Thursday about a tiger in the driveway of a vacant Grand Rapids home.

Supervisor Joe Dainelis responded to the call, and when he spotted the animal, he grabbed his safety gear. Neighbors also thought the life-sized, furry toy was real.

But when co-worker Rachel Jensen approached from another direction, she realized there was nothing ferocious about the toy feline.

Dainelis says expects to be teased for a few days.