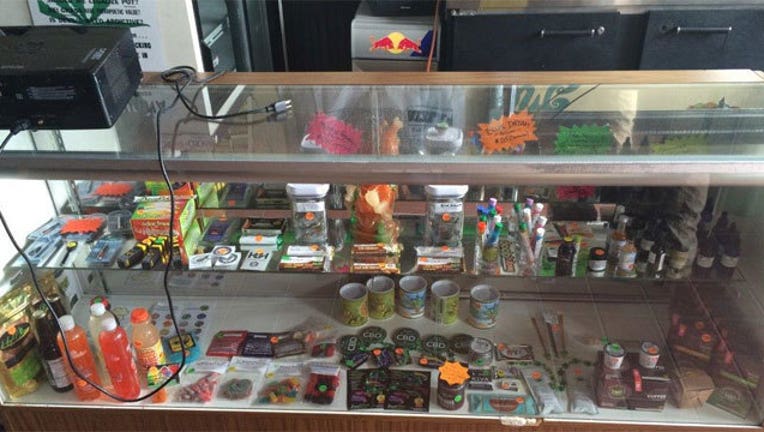 Thomas "Rich" McInnis, 52, was arrested on suspicion of possession of marijuana for sale and forgery, sheriff's Lt. Kelly Kent said.

Around 8 p.m. Thursday, members of the sheriff's marijuana compliance team served a search warrant at The SeaBreeze Tavern at 101 Esplanade and arrested Mcinnis, Kent said.

The bar is located near Rio Del Mar State Beach and Aptos Creek.

The 52-year-old man lived above the bar and allegedly ran an illegal marijuana dispensary that operated from a back room at the business, according to Kent.

A bed sheet concealed the suspected dispensary from the public, Kent said.

He allegedly sold fake state medical marijuana cards that he produced with software and a printer, Kent said.

Agents from the state Department of Alcohol Beverage Control assisted the sheriff's office in serving the warrant, according to Kent.

Mcinnis was booked into county jail on $5,000 bail, Kent said.