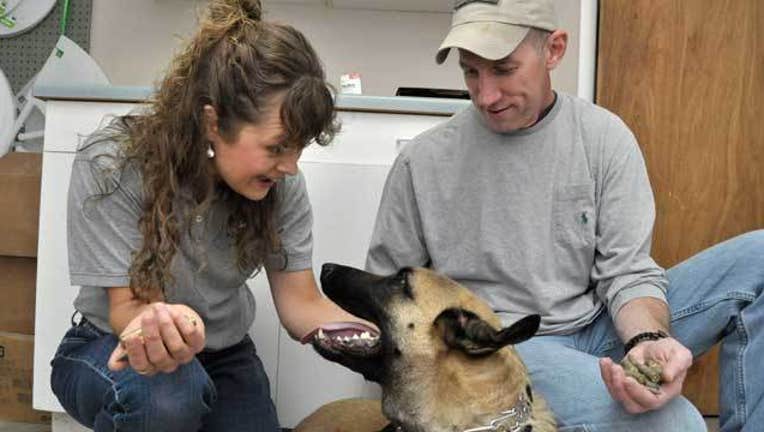 MOUNTAIN HOME, Ark. (AP) — An Arkansas veterinarian has kept a dog from going out with a bang after the animal ate 23 live rifle rounds.

Benno, the 4-year-old Belgian Malinois, had surgery last week to remove the .308 caliber ammunition from his stomach, The Baxter Bulletin reported.

Owner Larry Brassfield said Benno has eaten socks, magnets and marbles, but he didn't expect the animal would bother a bag of bullets by his bed. Brassfield and his wife realized Benno needed medical attention after the pet vomited up four rounds.

Veterinarian Sarah Sexton at All Creatures Animal Hospital removed 17 rounds from Benno's stomach but left two in his esophagus, which the dog was allowed to discharge on his own.

"This is something they certainly did not cover in school," Sexton said. "I've had dogs eat things before, mostly stuffed toys. Once I had one swallow a hearing aid, but I think this takes the cake."

Brassfield said he won't leave ammo lying around anymore but isn't optimistic that Benno will stick to dog food.

"You can baby-proof a house," Brassfield said. "But I don't think it's possible to Benno-proof a house. Lord knows, we've tried and failed."