One of the more creative tributes to Kobe Bryant can be found in the outfield of a Bay Area softball field.

PLEASANTON, Calif. - New Ground Technology is no stranger to forming grand designs on playing fields, and their latest design is warming the grieving hearts of Kobe Bryant fans.

Kelli Pearson’s 115-foot portrait of Bryant in his Lakers uniform can be found on a Bay Area softball field. 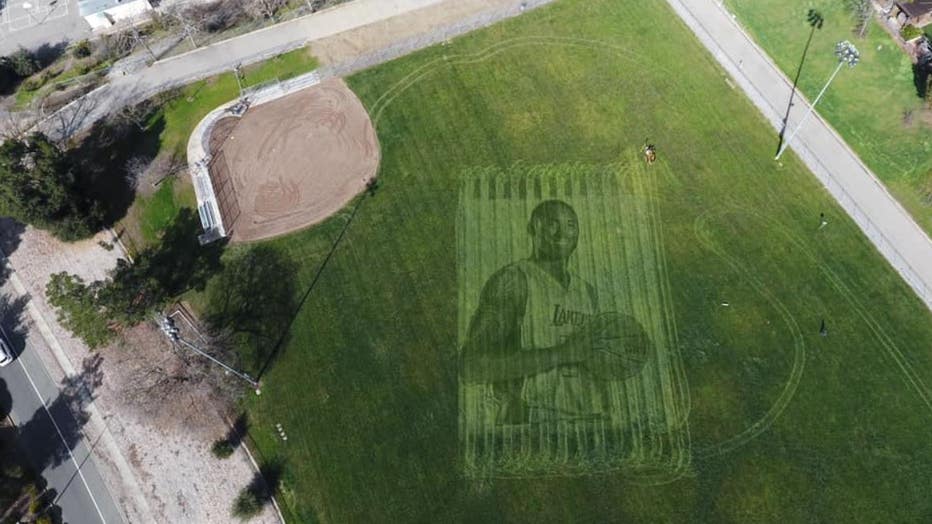 Kelli Pearson’s 115-foot portrait of Bryant in his Lakers uniform can be found on a Bay Area softball field. (Credit: New Ground Technology via Storyful)

“We were HONORED to pay tribute to Kobe Bryant, one amazing person, athlete, husband and father,” the company wrote in a Facebook post. “We would like to thank the Pleasanton Patch for sharing this with their readers!!!“

According to Storyful, New Ground Technology makes elaborate displays on turf by flattening, blowing and bending grass to create contrast. Pearson told CBS the display will only last a couple of days before returning to its natural state.

Bryant died Sunday in a helicopter crash that claimed the lives of eight other people. His 13-year-old daughter Gianna was among the casualties.