Artists paint massive message on the streets of Richmond

RICHMOND, Calif. - Macdonald Avenue in Richmond now has a powerful message painted across the road after local organizations came up with the idea to bring awareness to racial injustice.

“Reparations does not necessarily mean write me out a huge check,” said Richmond artist Nakari Syon, but what it means to the organizers of this mural painting event is much more valuable than money.

“My form of reparations, what I would be happy for is to be accepted nationwide as for who I am and what I do just as my peers do who don’t share the same ethnic color as I do, the same opportunities, the same business support,” said Syon. 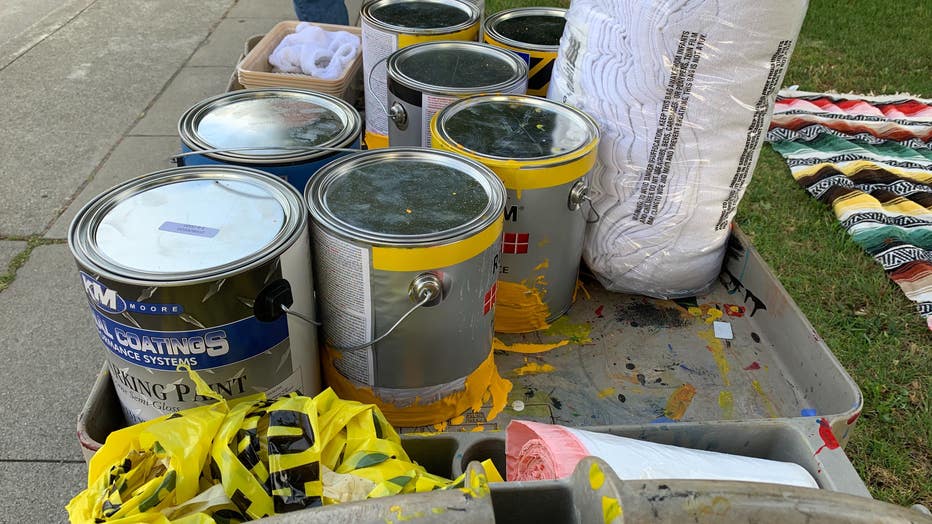 Richmond Our Power Coalition and Richmond Progressive Alliance members took their message to the streets Sunday morning and made their demands for change, acceptance and acknowledgment loud and clear.

“We’re being looked over not taken seriously so at this time we’re trying to make a statement,” said Richmond artist Deontā Allen.

The statement is more than what’s painted, but also where it’s painted. Macdonald Avenue has a painful history, “It’s actually where the Klansmen actually marched down and marched against Black existence here so this is where we’re making our stronghold and our point of ending White supremacy overall and of course Black reparations is part of that,” said Richmond artist Malik Seneferu.

Change can’t be achieved alone. Organizers said #THEBLACKBAYAREA is about unity in a time of so much division. 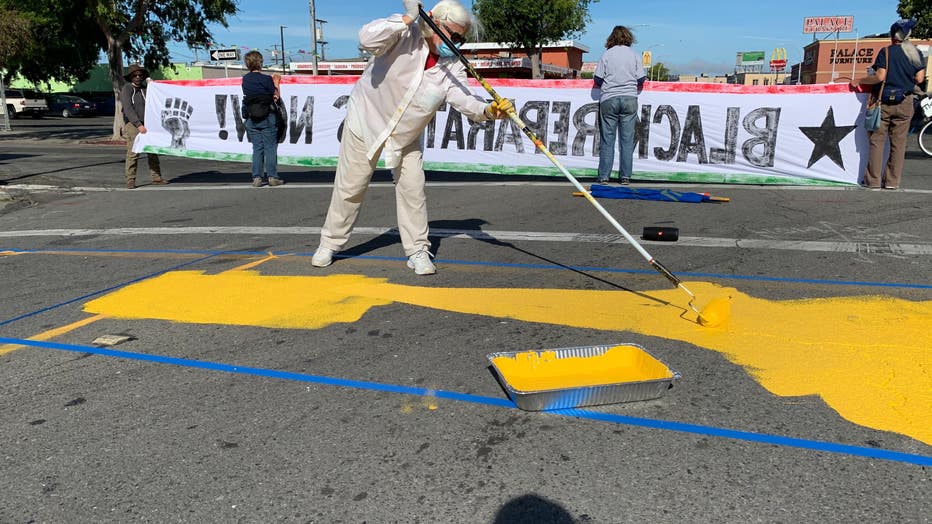