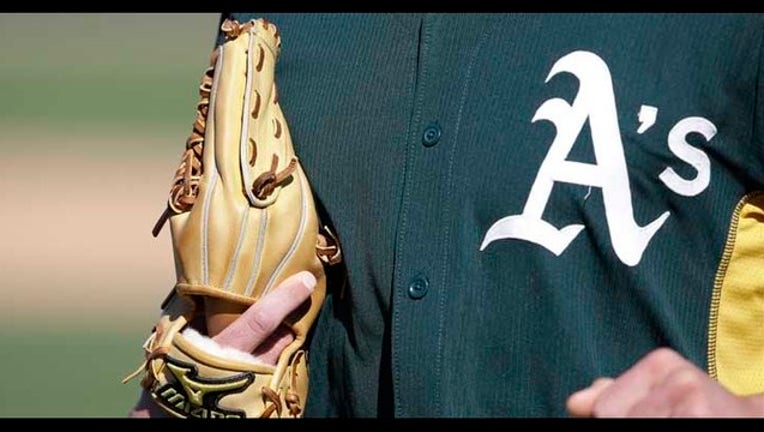 Players arrived at HoHoKam Stadium around 7 a.m. Thursday ahead of the scheduled 90-minute class that began at 8. Designated hitter Billy Butler is in favor of baseball's proactive approach on the issue.

The classes are being taught in English and Spanish through San Francisco-based Futures Without Violence, which works to prevent domestic and sexual violence and child abuse. Instructors arrived with slide projectors and passed out business cards to the players.

"We're very proud to have been selected by both Major League Baseball and the Major League Baseball Players Association to develop a comprehensive strategy to educate and engage players in positive solutions to prevent and end domestic violence, sexual assault and child abuse," said Esta Soler, the organization's president. "Their dual commitment to these issues reminds everyone that violence against women and children affects all of us, and that we can all be part of the solution."

The San Francisco Giants and other Cactus League teams in Arizona also had classes scheduled Thursday.

Players and coaches appreciated baseball's efforts to educate given the issues surrounding other major professional sports leagues such as the NFL.

"You're seeing it a lot in other sports. It's been in the news a lot," San Francisco shortstop Brandon Crawford said. "I feel like it hasn't been as prevalent in Major League Baseball, so it's nice we're doing something to help prevent it and keep us out of it a little bit more."

Even before the sessions began, union head Tony Clark said he heard encouraging feedback from players who were eager to hear more about the process.

"It's an opportunity for us to move forward in a very positive direction on a very challenging issue," Clark said Wednesday. "The steps that we have taken have been hugely beneficial. Awareness, prevention, education, understanding — those are all things that all of us are committed to, to make sure that we have an understanding of the challenges that exist and we work to address them on the front end as best we can. So I think the education sessions that are going to happen during the course of this first week at ballparks here and Florida and those that are involved and committed to that process and education believe it's positive. We believe it's positive."

Giants manager Bruce Bochy and his coaching staff, and also members of the team's front office, were prepared for a long day at Scottsdale Stadium. Their session was scheduled for late afternoon, following the players' classes.

"We do appreciate it. The fact that we are being proactive, I'm sure like the other sports, that's a good thing," Bochy said. "It's something that should happen. It's time to help educate everybody."