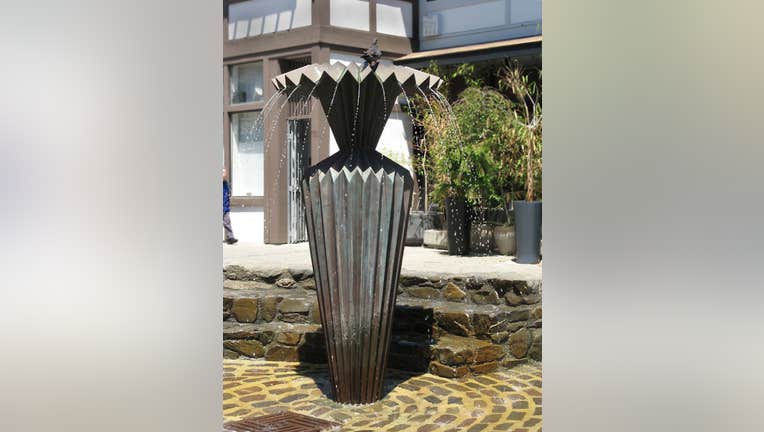 SAN FRANCISCO - Like many other small businesses during the pandemic, tenants of San Francisco's Japantown malls were anxious about how they'd survive. On Tuesday, their business outlook became that much brighter when Assemblymember Phil Ting announced he has secured $5 million in state funding for the Buchanan Mall.

A press release from the legislator's office, said the mall will be getting a much-needed makeover after decades of neglect. Despite its historical significance, the mall has seen no upgrades since 1976.

"Japantown, like many API communities, has not received the types of investments needed to thrive and provide valued historical lessons that teach us about the mistakes of the past and foster greater understanding. Amid rising Asian hate, this kind of attention and critical support is long overdue," said Ting, Chair of the Assembly Budget Committee.

Ruth Asawa's iconic Origami Fountains will benefit too. The fountains, created as part of a public commission in 1976, have not worked for the last 10 years. But with the new revenue, they will be repaired to the condition of their past glory. The fountain is a centerpiece of the Nihonmachi Mall pedestrian walkway along Buchanan Street between Post and Sutter streets.

The artwork by the renowned American sculptor depicts two lotus made of cast bronze. In her youth, Asawa, who is of Japanese descent, was held in an internment camp in the hysteria after World War II.

Some within the community are looking at the effort to revitalize Buchanan Mall as a way to right a historical wrong. Not only were thousands of Japanese Americans forced out of the area when they were ordered into internment camps during WWII, but when they returned after the war, the redevelopment of San Francisco's Western Addition forced evictions during the late 1960s to mid-1970s.