TEMPE, Ariz. - A student at Arizona State University is speaking about her experience at Nov. 5's deadly concert in Houston, Texas when eight people died as a crowd surged the stage during Travis Scott's performance.

Bianca Strauss, a junior at ASU, says if it wasn't for a stranger's help, she might not have made it out alive.

What took place, she says, in just about 45 minutes felt like a lifetime.

She was standing in the middle of the crowd and about a minute before the performer took the stage, she says people started rushing toward the front. 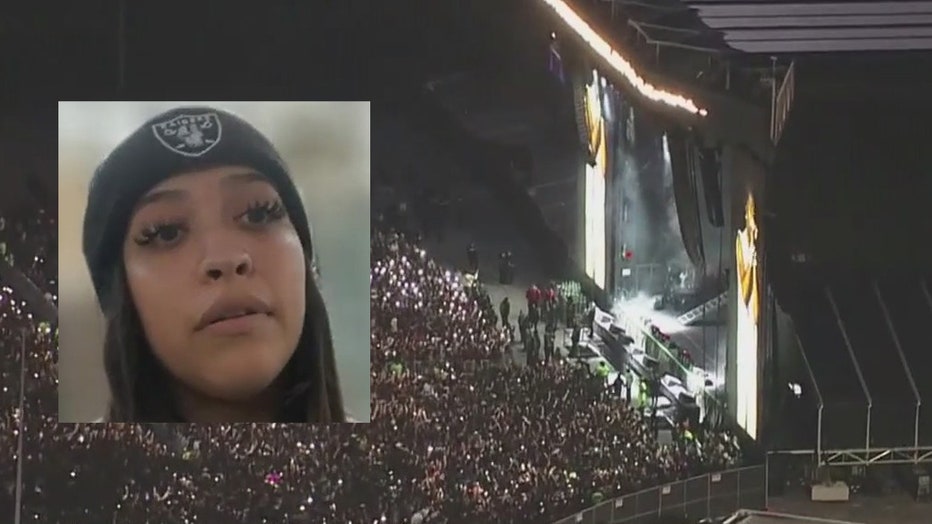 In the crowd of more than 50,000 people, she says that she got separated from a friend she was with, and with her being just over five feet tall, she was surrounded by people a lot taller than her and she was nearly swept under the crowd.

"We started falling down, I was halfway below in the pits when that happened. I was getting smothered, I was getting trampled on, choked, my hair was getting pulled. Everything was going wrong at that point. I had a guy behind me, picked me up, scooped me beneath his arms 'cause he saw I was falling below everybody. There were thousands of people, so if you were pulled under, you were there. Just like, I'm gasping for air at this point, trying to get to my tippy toes to get air 'cause I didn't have any at this point. I was getting crushed. The people around me, the pressure was just immense … it felt like I was in a cardboard box just getting squished," Strauss said.

'I don't want to die this way'

She went in and out of consciousness and at one point, she describes an ice-cold hand grabbing her foot and nearly dragging her under.

She prayed, hoping to make it out alive.

"I kept saying prayers when I was in consciousness, just don't let me die this way. I don't want to die this way," she said.

While Strauss says she's grateful to be alive, she'll never forget the terror and extreme loss that night.

"It's just something I'll have to live with, that people didn't make it out and I could've been on that list of people," she said. "It's heartbreaking."

Strauss says she has two rib strains on both sides, neck strain and bruises.

After the tragedy at Travis Scott's Astroworld Festival in Houston, Phoenix concert promoters are emphasizing safety as a top priority at concerts and events.