An Australian man received a serpent surprise when he poured out his breakfast.

Luke Huntley, who is a snake catcher by trade, shared video of himself jokingly "making breakfast in Australia."

Video posted to Huntley’s professional Facebook page, Snake Catcher Noosa, shows him as he pours out some Nutri-Grain cereal into a bowl when he gets a serpent surprise. 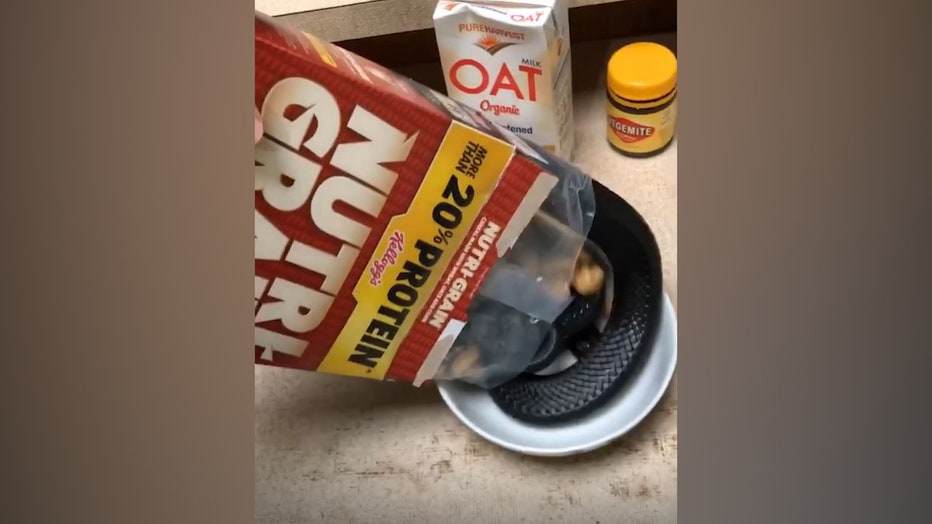 In the video, Huntley is heard saying, "Russell, not again," as a black snake slides out of the box into the bowl, with clumps of cereal surrounding it.

But it turns out that Russell was not an uninvited guest. Russell is a six-year-old venomous snake that Huntley has been taking care of for four years.