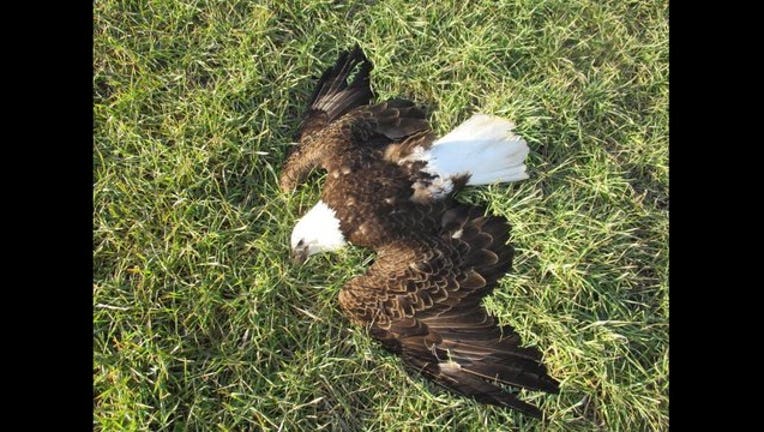 Maryland Natural Resources Police spokeswoman Candy Thomson says it's unlikely the birds, discovered Saturday, were intentionally shot. Thomson says the birds may have eaten poisoned rodents or could have been killed by a chemical someone sprayed on a field.

Bob Edgell discovered some of the birds on his Federalsburg farm and told WMDT-TV (http://bit.ly/20Rme3Z ) he hasn't laid any poison on his farm.

The remains are at a laboratory in Oregon for necropsies.

Investigators searched for other dead animals, but didn't find any. They're interviewing people in Federalsburg to learn more.

Thomson says it's illegal for people to kill bald eagles in Maryland. A $10,000 reward is being offered for information that leads to a conviction.