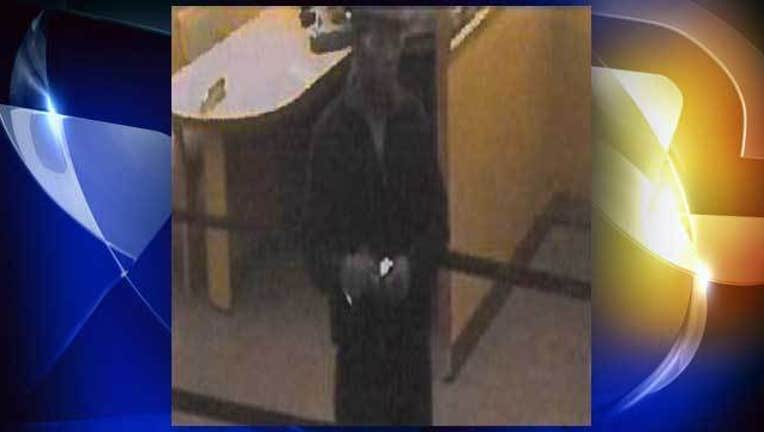 BRENTWOOD, Calif. (KTVU and wires) -- Police in Brentwood are searching for a man who robbed a Wells Fargo at gunpoint early Wednesday evening, according to authorities.

Around 6 p.m., officers responded to a report of an armed robbery at the Wells Fargo bank, located at 1115 Second St., police said.

Police described the suspect as a black man in his 30s or 40s who is roughly 5 feet 5 inches tall with a thin build, wearing dark-colored pants, a black jacket, black leather gloves, clear glasses and a gray driving cap.

No injuries were reported in the robbery, police said.

Anyone with information about the incident or the suspect is encouraged to call Detective Jaclyn Veillette at (925) 809-7767.