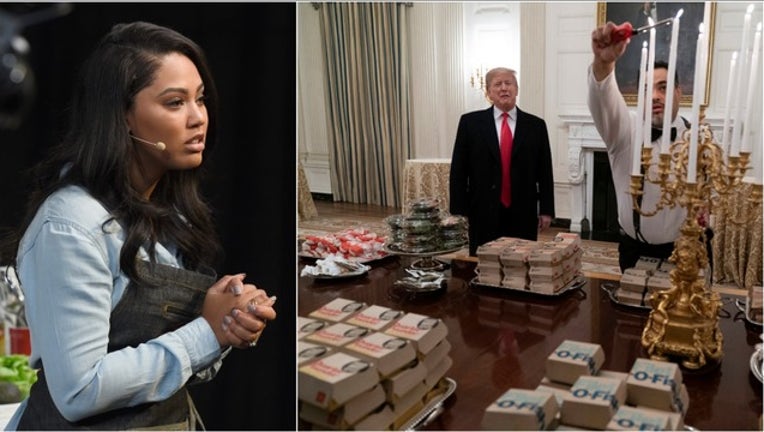 Curry, who's also a bestselling cookbook author, took a swipe at President Donald Trump on Tuesday when she responded to a tweet from a user that criticized the celebratory meal. The user joked that he now understood why Stephen Curry didn’t want to go to the White House after winning the championship last year. Curry said in February 2018 that accepting the traditional invitation would be an implied approval of the president’s policies.

Trump, a fast-food lover, said he paid for the meal himself because of the partial government shutdown, which has led to furloughs among federal workers, including the White House.

“Great being with the National Champion Clemson Tigers last night at the White House. Because of the Shutdown I served them massive amounts of Fast Food (I paid), over 1000 hamburgers [sic] etc. Within one hour, it was all gone. Great guys and big eaters!” he wrote.

Additionally, the owner of Alinea, which is a highly-rated, Michelin-star restaurant in Chicago, invited the team to experience “what an actual celebration dinner should be” in a tweet on Tuesday.