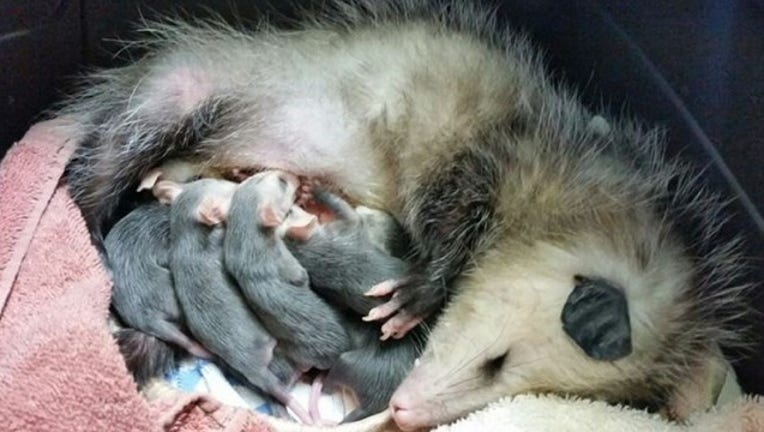 SAN RAFAEL, Calif. (KTVU) - A baby opossum who arrived at WildCare had previously been a patient there.

Workers at WildCare discovered the microchipped opossum was the ‘miracle baby' from the summer before.

Last summer when the opossum pup arrived, she was so tiny it was unclear if she would survive. Rescuers nursed her back to health and released her into the wild.

Since the opossum was raised alone, it was unclear if she would find a mate and have a family like other wild opossums.

According to WildCare, fewer than 50 percent of wild baby opossums survive their first year; but this opossum returned with a pouch full of babies.

Unfortunately, the young mother had been hit by a car. She had significant head trauma but her ability to care for her babies was unimpaired.

The opossum family is staying at WildCare while the mother heals and the babies grow up.