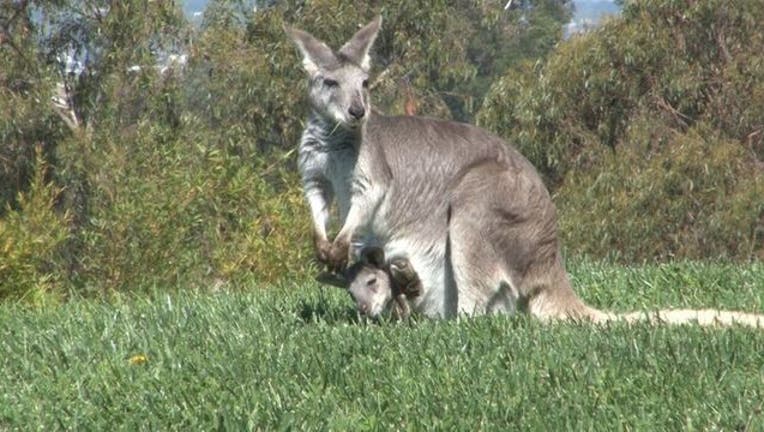 According to the Oakland Zoo, zookeepers believe the joey was born between October to November of last year. "Joeys are technically born after only one month's gestational period - fur-less, blind, and about the size of a kidney bean (1’’ long). The tiny newborn will crawl unaided from the birth canal to the mother’s pouch where it begins to nurse. There it will continue to develop, not making an appearance until it is six to eight months old," according to Zooborns.

It's too early to determine the joey's sex. They are waiting to name the Joey until they can determine its gender.

“We’re very excited about the arrival of this new joey, who brings our wallaroo “mob” - the term for a group of wallaroos - to 12. For guests who get a peek from our Outback Adventure Train, the joey can often be seen near its mother, sometimes resting in the shade during the warm summer days or foraging on the lush grass in the cooler morning and evening hours,” Valerie Salonga, Zookeeper.

At this point, the Joey is shy and its mother Tallara remains protective.

Zookeepers are giving mom and baby plenty of privacy. They say they are allowing Tallara to choose whether to go on exhbit each day.