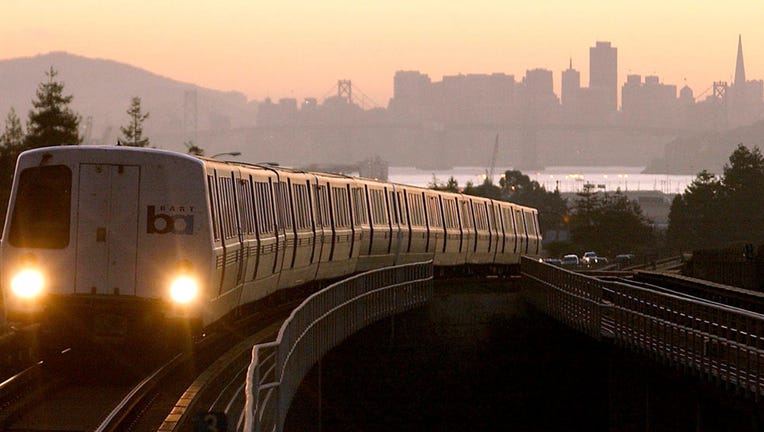 OAKLAND, CA - UNDATED: (FILE PHOTO) A Bay Area Rapid Transit (BART) train is seen in this undated file photo as it pulls into Oakland, California. The F.B.I has issued a warning April 2, 2004 to law enforcement agencies of a possible terrorist plot a

HAYWARD, Calif. - BART has canceled the final planned weekend shutdown of service between the Bay Fair and South Hayward stations in early October after the most challenging parts of a track replacement project at the Hayward station were completed ahead of schedule.

BART crews have been replacing aging track components like rock ballast, wooden ties and track switches near the Hayward station on weekends since early August. BART completed a similar project at the Orinda station earlier this year.

The weekend shutdown no longer taking place was planned for Oct. 3-4. BART crews are expected to continue work on the project over the next several months, but that work is not expected to require track closures that affect riders.

Many of the components replaced as part of the Hayward station project were almost 50 years old, according to the district.

BART plans to begin a similar track rebuilding project near the Richmond station early next year that will require four weekend service closures between mid-January and the end of February.

Free bus shuttles between the Richmond and El Cerrito del Norte stations will be offered to riders at that time, according to the agency.