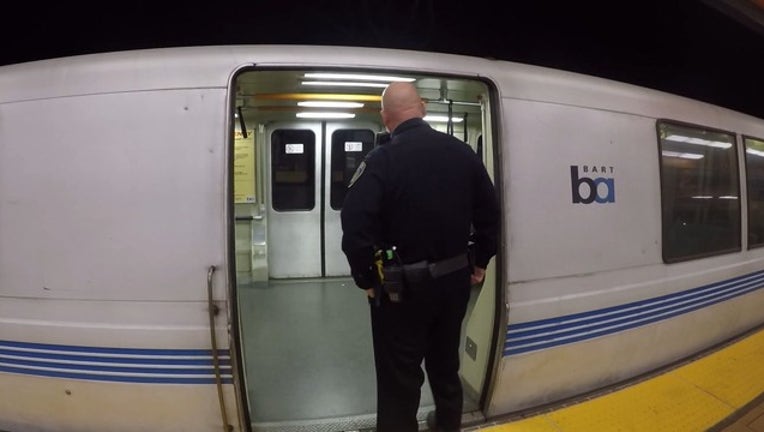 SAN FRANCISCO - A BART rider was dragged off a train and beaten during a robbery at the Powell Street BART station in San Francisco on Tuesday morning, BART police said today.

The robbery was reported at 10:50 a.m. Police said that four juvenile suspects dragged the victim off the train, took his iPhone X and fled.

Though police said the victim was beaten, he was not injured. The iPhone did not have a tracking device and the suspects remain at large.