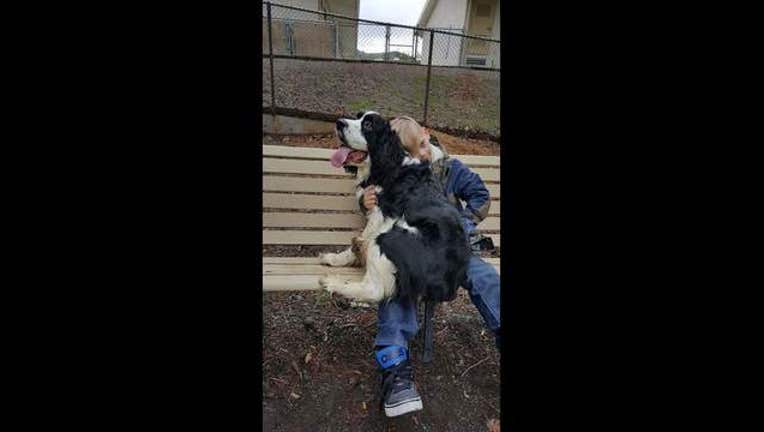 CONCORD, Calif. - A Concord family is asking for help to find their missing dog,

"Finn" is a therapy dog for a little boy that had Vanishing Twin Syndrome. Carson Bates lost his twin in utero and began developing emotional symptoms related to that loss when he was two-years-old.

She says the bond between Carson, now 11, and Finn is priceless.

The Bates' haven't seen Finn since he got out of their backyard on April 1st.

Finn is a five-year-old Springer Spaniel who is wearing a collar and is microchipped. He is very friendly and likes people.

The Bates family is asking people in the Concord and Clayton areas to be on the lookout for him.

Anyone with any information is asked to call the Contra Costa Animal shelter in Martinez at 925-335-8300.