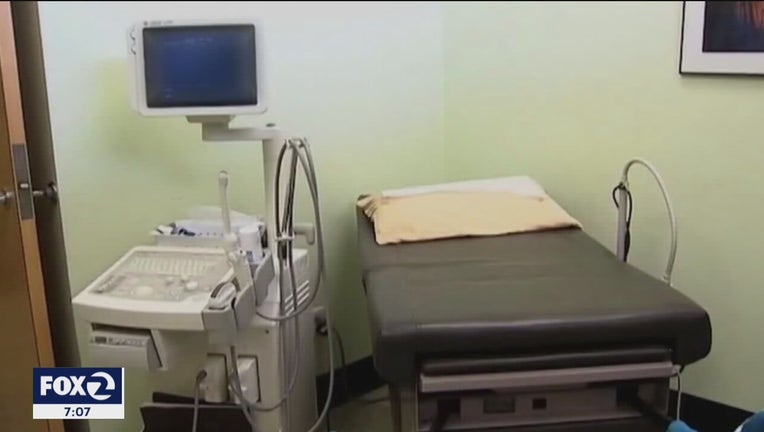 MOUNTAIN VIEW, Calif. - In Mountain View on Friday more than a dozen political and community leaders united in sounding a clarion call to action.

"For the very first time in the history of our country, the Supreme Court is poised to take a right away," said Rep. Anna Eshoo. Added Mountain View councilmember Margaret Abe-Koga, "This is an assault on women’s rights."

Those pronouncements came after the leaked U.S. Supreme Court draft opinion that suggested the high court would strike down the landmark 1973 Roe v. Wade decision. The document indicated the justice overturn the ruling that women have a constitutional right to abortion. The draft also mentioned abortion rights would be up to elected officials in individual states.

"And if you think that the states are going to be able to protect women, think again. Because if the Republicans take control of the House and Senate, they will pass a law outlawing abortion in every state," said an angry Rep. Zoe Lofgren. Added California Attorney General Rob Bonta from Los Angeles, "Women will be hurt. Women’s health will be undermined. People’s lives could be lost."

The push now is to mobilize for what some say is the most important political and social fight in two generations.

"It is appalling to think that my two teenage daughters may be denied the same rights and freedoms women have rightfully had for 50 years," said Abe-Koga.

Some South Bay political leaders have already earmarked funds to provide services due to an increase in those seeking abortions.

"Even prior to this announcement on Monday, they started to see an increase in the number of patient care," said Cindy Chavez, who sits on the Santa Clara County Board of Supervisors. Added Planned Parenthood vice president Lauren Babb, "Folks are coming here because they know that they can get the care that they need. And we will not back down."

The other front in this battle is legislative. The U.S. House of Representatives has passed the Women’s Health Protection Act, and the week of May 9-13, the U.S. Senate will take up the issue.

But the Senate’s stamp is uncertain due to a near 50-50 split. So many say the ultimate power brokers are being urged to step up and take action.

"If 70% of the people think one thing and the congress does something else…they can be replaced," said Rep. Lofgren.