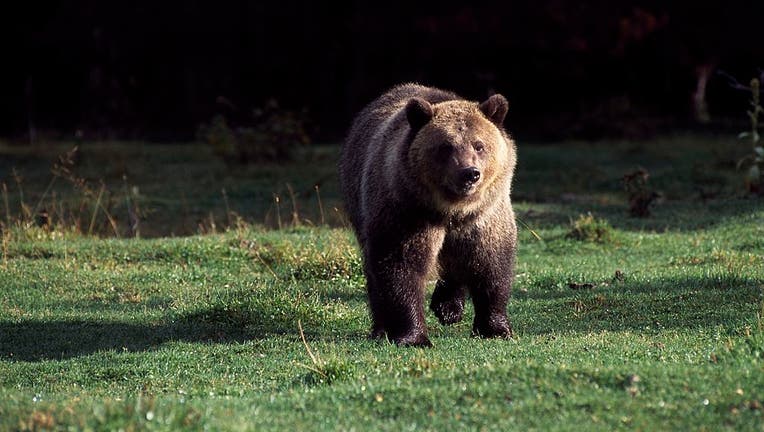 OVANDO, Mont. - The odds of being attacked by a bear are one in nearly two million, according to experts, so it took many by surprise when a 65-year-old woman scared off a bear in Montana, only for it to return and kill her.

Leah Davis Lokan from California was killed by a 417-pound grizzly bear in her sleep on July 6 while camping in Ovando, Montana, according to a report from the Interagency Grizzly Bear Committee (IGBC).

Lokan was on a multiple-day cycling trip with her sister and a friend when they stopped in Ovando for the night. She decided to sleep outside in a tent alone on the campground while a couple from Texas she met on the trip, Joe and Kim Cole, slept in their own tent not far from her.

BIZARRE ANIMAL STORY: Elephant kills woman and returns to her funeral to attack her corpse

At around 3 a.m., the couple heard Lokan yell out, "bear, bear," from her tent. The three made a lot of noise and screamed at the bear until it left.

"The bear huffed at my head," Lokan told the Coles.

Lokan moved the snack food and lentils she had inside her tent to a nearby building to stop the bear from returning. She also brought a can of bear spray back to the tent.

An hour later, Joe Cole woke up to a noise and realized Lokan was being attacked, yet she had not screamed. He ran out of the tent with bear spray and yelled at the animal while Kim Cole followed him, blowing her whistle.

In the committee report, Joe Cole said he saw the bear "pouncing up and down" on Lokan’s tent, but it stopped when it saw him approaching. He said the bear looked him in the eye, then turned and left the camping area.

The couple found Lokan and her tent were both dragged almost 10 feet away, and she wasn't moving. They ran to the nearby inn to get help.

Paramedics attempted CPR and first aid when they arrived, but Lokan had died from the attack. The autopsy in IGBC's report said that Lokan's death was instant as she suffered from a broken neck and a severed spinal cord.

The Powell County Sheriff closed the town for overnight camping and worked with Montana Fish, Wildlife and Parks officials to track local bear activity until the bear that killed Lokan was found, according to the report.

The committee said they assume the bear might've been looking for food but can't be sure. Further investigation found a saddlebag on Lokan's bike 10 feet away from her tent had food inside it, such as beef jerky, granola bars, and a baked potato.

After attacking Lokan, the bear reportedly fed on chickens and chicken feed at a nearby chicken coop. The bear was reportedly tracked for days until wildlife service officials found it attacking a different chicken coop and shot it to death on July 9.

Officials said DNA evidence confirmed it was the same bear that killed Lokan three days before. Wildlife services told Lokan's sister the news and the town was reopened for camping.